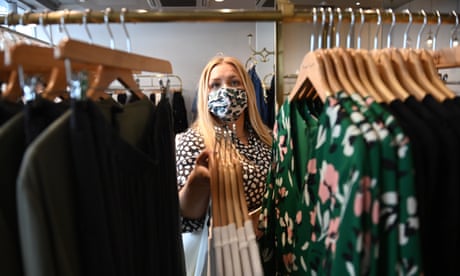 Britain’s biggest retailers are warning their stock levels have fallen to the lowest since 1983 amid a sharp drop in imports and pandemic staff shortages across the economy.

The Confederation of British Industry’s monthly survey of big retail and wholesale firms found that stock levels in relation to expected sales fell in August, hitting a new record low for a fifth consecutive month.

Against a backdrop of increased business after the removal of most pandemic restrictions, retail sales grew at the fastest pace since December 2014 in August, while growth in wholesale orders hit the highest level since the lobby group began surveying retail industry trends in 1983.

Within retail, the CBI found the proportion of imported deliveries from suppliers fell at one of the fastest rates in the survey’s history, reflecting disruption to international trade.

It said operational challenges were being caused for retailers by staff shortages linked to the pandemic. However, confidence among retailers is growing after the removal of most Covid restrictions in England last month, with investment intentions for the next 12 months picking up in August to the strongest since February 1994. Overall, it found retailers expected business conditions to improve slightly over the next three months.

Alpesh Paleja, the CBI lead economist, said disruption was being exacerbated by continued labour shortages across the UK economy, with many retailers reliant on younger employees currently awaiting their Covid vaccines.

“Thankfully, changes to the self-isolation rules have eased the impact of the pingdemic on firms. But ensuring continued progress on vaccine rollout for younger cohorts is crucial. This will also boost confidence as we move on to a new stage in the pandemic, namely living with the virus,” he said.