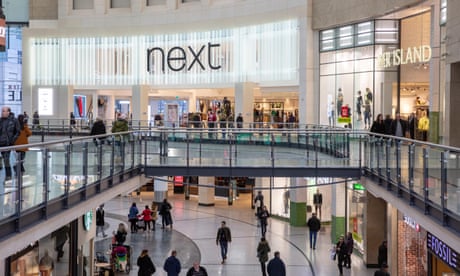 In the US, mortgage applications fell by 3.9% last week owing to a drop in both refinancing and purchase activity, mostly the former. This comes as the long-term mortgage rate climbs back above 3% for the first time in about a month, noted currency analyst Justin Low at ForexLive.

Mortgage rates followed an overall increase in Treasury yields last week, which started higher from the strong July jobs report before slowing because of weaker consumer sentiment and concerns about rising Covid-19 cases. The eligible pool of homeowners who stand to benefit from a refinance is smaller now.

And here’s our full story on UK house prices –

House prices are rising at their fastest rate in almost 17 years after a dash to beat a stamp duty holiday deadline in England and Northern Ireland pushed the annual rate of property inflation to 13.2% in June.

Staying with the inflation theme… while overall UK consumer prices inflation cooled more than expected in July to 2%, house prices picked up in June, the last month before the phasing out of chancellor Rishi Sunak’s stamp duty cut.

According to data from the Office for National Statistics, house prices rose 13.2% in June from a year earlier, the fastest annual rate since 2004. The surge came as buyers sought to beat the deadline for the stamp duty cut.

Prices went berserk as the stamp duty taper closed in. The pace of growth set in the North West is frankly astonishing. This is the last time this year, or even in our lifetimes, that you’ll see growth spurts like this in response to government support.

Needless to say, as soon as July arrived we entered a very different market, and some of this exuberance will have to unwind. London is probably most protected from that eventuality. Prices are still approximately double the national average in London but the capital hasn’t had its running shoes on like the rest of the country.

London remains the dark horse of the property market. It’s much harder to predict where it will go over the remainder of the year, though demand is certainly broadening out. The rental market is once again on fire, demand is spreading to a greater range of property types as the race for space fades and even the supercars are back in Knightsbridge.

These new trends have been forming ever since the country had unlocking in its sights. The capital could well turn the tables on the rest of the country over the next 12 months.

Eurozone inflation picked up to 2.2% in July from 1.9% in June – marking the highest annual rate in nearly three years, above the European Central Bank’s 2% target, final data released by the EU’s statistics office showed this morning. It confirmed an earlier estimate.

The ECB is predicting further increases in inflation in the coming months, but sees this as largely temporary.

Underlying price pressures remain muted, with a core measure of inflation that strips out volatile food and fuel rising at an annual rate of 0.9%, the same as in June. This is also the same as the earlier reading.

The latest data from the Australian Bureau of Statistics shows wage growth fell to 0.4% in the June quarter, down from 0.6% in the proceeding two quarters, while public sector wages were growing at their slowest pace in 24 years.

The FTSE 100 index is now down 0.37%. Mining giant BHP is the biggest loser on the blue-chip index, down 3.9%, after it confirmed yesterday that will exit the FTSE and move its main listing to Australia as part of a bigger corporate overhaul.

The FTSE 100 started Wednesday modestly lower as UK inflation eased back more than anticipate. This is good news for those fretting about rising prices but potentially raises some questions about the strength of the UK economic recovery.

Mining firm BHP proved to be a drag on the index after confirmation yesterday that its corporate restructuring would mean an exit from the FTSE 100 as the primary listing for the shares goes to Australia.

This move will mean products which track the FTSE 100 and funds with investment policies barring them from buying shares with their main listing overseas will have to exit their shareholding.

The turmoil in Afghanistan and continuing threat posed by the Delta variant of Covid is seeing funds flow into the dollar – a traditional safe haven – with Chinese and US equities both falling overnight.

Returning to the controversial £1.1bn takeover of British asthma inhaler maker Vectura by the American tobacco giant Philip Morris International: PMI has acquired 22.6% of Vectura in the market, and is looking to buy more shares at 165p apiece as part of its takeover deal.

Shareholders have until 15 September to decide whether to sell their shares to PMI, which has touted its ambitions for a “smoke-free” future but still generates three-quarters of its revenue from cigarettes. There is no vote on the takeover; and PMI needs the backing of holders of over 50% of Vectura shares for the deal to be successful.

The company’s main shareholders are a series of American investment funds, including BlackRock and Vanguard. The largest investor, with a 6.7% stake, has been Brown Capital Management, a Baltimore firm with $18bn (£13bn) assets under management. Started in the 1980s by Eddie Brown, it is one of the oldest African American-founded asset management companies in the US.

It is not clear at the moment which investors have sold shares to PMI.

Some 35 health groups, public health experts and anti-smoking charities have written to Vectura shareholders urging them to reject the deal, citing the “business risks and the moral conflict of the proposed takeover”.

Europe’s major stock indices have all moved into the red, as investors worry about rising Covid cases around the world.

New Zealand prime minister Jacinda Ardern warned of more cases to come, as the country went into another national lockdown. Its coronavirus cluster has grown to 10, with genomic sequencing linking it to the Delta outbreak that began in Sydney. You can read more on our Covid live blog:

Woodside Petroleum has not given a guarantee it will pay for billions of dollars in decommissioning and remediation costs linked to a portfolio of oil and gas fields it has agreed to take over from BHP, write my Australian colleagues Ben Butler and Royce Kurmelovs.

Green groups say Woodside lacks credibility in paying for clean-ups after selling a floating rig, Northern Endeavour, for a nominal amount to a company that collapsed three years later without paying decommissioning costs estimated at between $200m and $1bn. Woodside has claimed the sale was reviewed by regulators and approved.

“We are committed to working with the Australian government and our industry peers to collaboratively develop and improve the decommissioning framework so that it strengthens protections for the environment, taxpayers, the government and industry.”

Australia’s flag carrier Qantas will require all of its employees to be fully vaccinated against Covid-19, as debate about mandatory vaccination in Australian workplaces intensifies.

By 15 November, all frontline employees, including cabin crew, pilots and airport workers, will need to be fully vaccinated. All remaining employees will have until 31 March 2022 to get vaccinated.

Peri-peri chicken wings have become the latest casualty of Covid-related upheaval in the food industry, with a shortage of chicken forcing Nando’s to temporarily close a 10th of its restaurants, writes our consumer affairs correspondent Zoe Wood.

The chain blamed the need to shutter outlets on staffing issues at its suppliers’ factories as well as the shortage of HGV lorry drivers that has resulted in gaps on supermarket shelves in recent weeks.