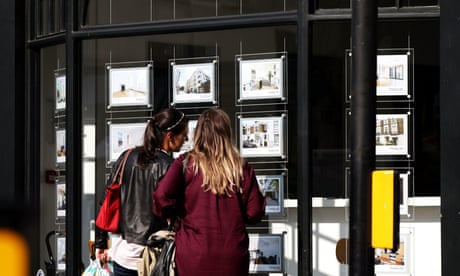 Yesterday’s UK unemployment report showed the impact of the pandemic on younger workers.

Those below the age of 35 accounted for almost 80% of jobs lost in the past year. And young people are struggling to get onto the labour market, as employers cut back on recruitment schemes and work experience placements.

Here are some of their stories:

The number of homes sold in the UK hit a record high in March as buyers and sellers attempted to complete deals, and take advantage of the stamp duty holiday.

An estimated 180,690 transactions were recorded during the month, according to official figures from HMRC.

That’s twice as many as in March 2020 and the highest number since it started publishing the data in this way in 2005.

With prices rising at their fastest rate in six years, it shows the fevered nature of the market.

The stamp duty holiday had been due to finish at the end of March, creating a rush to complete sales, but was extended in the Budget until the end of June.

“The property market remains in a parallel universe at odds with the wider reality everyone has been living.

“It’s been a gloom-defying 12 months, given that last March, when the first lockdown arrived, the market seized up, mortgage products were withdrawn and everyone held their breath.”

Bank of England governor Andrew Bailey has weighed in on the issue of lobbying which is gripping UK politics and business, with a warning to be ‘rigorous’ about speaking to a diverse range of people when considering an issue.

Bailey was speaking this morning at an event to increase the diversity of the Bank’s contacts within the financial sector, to improve its market intelligence and analysis operations.

This, Bailey said, will help the BoE better understand global financial markets, and their impact on the UK economy, and make better decisions.

As a public institution, we need to represent the diversity of the country in what we look like, who we talk to and the impact of our decisions.

But, just as importantly, Bailey added, it helps achieve goals of monetary and financial stability (including avoiding another financial crisis).

Improved cognitive diversity helps make for better decision making. The lack of such diversity has been highlighted as one important factor in the bank and regulatory failures of 2008.

It can also help the BoE understand what’s driving markets, avoiding analytical, and hence policy, mistakes. He cites work with the Islamic finance community, and efforts to increase female representation on key committees.

And Bailey rounded off his speech with a pointed reference to the ‘problem of lobbying’, saying:

There is a very important further issue in all of this, which is sadly highly topical, namely to ask what is the antidote to the problem of lobbying? The answer is not to speak to no-one. That is not likely to lead to good decision making. The answer is to be rigorous about speaking to a diverse range of people to get their views.

A timely point, given the various inquiries into the Greensill scandal, and the contacts between David Cameron and chancellor Rishi Sunak:

… and text messages have shown that Boris Johnson personally assured Sir James Dyson that the billionaire inventor’s employees would not have to pay extra tax if they came to the UK to make ventilators during the pandemic.

Fitness fans took part in more than 1m workouts in the first week after reopening in England, according to the UK’s largest gym chain, PureGym, my colleague Joanna Partridge explains.

Reporting a 92% crash in annual profits after Covid lockdown restrictions forced the closure of its gyms for more than a third of 2020, the group said customers were keen to get back on their exercise bikes, with footfall rebounding to a level similar to the equivalent week in 2019.

PureGym reopened its 240 sites in England on 12 April, including 10 new locations, while tens of thousands of new members joined.

Gyms are scheduled to reopen in Scotland this month, followed by those in Wales, and Northern Ireland in early May. The group’s venues reopened in Switzerland on Monday and it expects to restart the treadmills in Denmark next month.

We also have new data on the cost of renting a home, which show a small annual slowdown last month – particularly in London.

Although house prices were sharply up year-on-year, they were flat on a month-on-month basis in February.

[although they were 0.5% higher month-on-month on a seasonally adjusted basis].

EY ITEM Club’s Howard Archer predicts that prices will pick-up in the near term, but could then fade – and be flat year-on-year by early 2022:

“Following the Chancellor’s introduction of more supportive measures in the Budget, including the mortgage guarantee scheme and extension of the Stamp Duty threshold increase, the EY ITEM Club now expects the housing market to show vigour in the near term and a modest firming of prices. The market will also likely be helped by the extension of the furlough scheme to the end of September and the fact that unemployment is not likely to rise as much as expected at the outset of the pandemic.

“However, the EY ITEM Club is doubtful that this will be sustained for long as the strengthening of the housing market has been outsized relative to economic fundamentals.

“The EY ITEM Club suspects house prices will be flat year-on-year by early 2022. Some quarters of falling prices likely at the end of 2021 and early on in 2022 as the Stamp Duty benefit ends, unemployment rises and there is a waning of pent-up demand. Housing market activity may also be affected from the latter months of 2021 by growing expectations that interest rates could start to rise before long.”

Today’s house price report underlines just how hard it is to get onto the housing ladder.

Yesterday, Nationwide said it would lend more to first-time buyers, at up to 5.5 times their earnings.

However, its Helping Hand offer will only cover up to 90% of the property price, meaning buyers will need at least a 10% deposit, and also take out a five- or 10-year fixed-rate mortgage.

Some lenders are offering new 95% mortgages through the UK’s government new scheme, which launced on Monday.

But… Guardian research shows that single thirty-somethings on average wages still won’t be able to buy a home in many parts of England and Wales.

Plus, demand is red-hot this spring, with Rightmove reporting that asking prices jumped in April, driven up by a shortage of properties.

The new 95% mortgage guarantee scheme which begain this week will provide more demand, he adds:

“This latest data is yet more evidence of how the Stamp Duty holiday has turbocharged the property market.

Even when the Stamp Duty holiday finally comes to an end, we expect the mortgage guarantee scheme to continue to support demand among first-time buyers, which will ripple up through the market and maintain a certain level of transactions.

But there are long-term factors in place too, as families scramble to find properties better suited to home working.

Structural forces will also support transaction levels in the short to medium-term, as the pandemic has triggered a deep rethink among homeowners about what they want from a property.

The rules of the game have changed fundamentally and more people are finding themselves in properties that no longer suit their work lives.

Across England, the North West has seen the highest annual growth in house prices – up 11.9% in the last year, while London saw the lowest, at 4.6%.

That fits with the pandemic trend of some families looking to move away from the capital to a (probably larger) house, and working from home rather than commuting as much.

UK house prices have risen at their fastest pace in over six years, new figures show.

The Office for National Statistics reports that UK average house prices increased by 8.6% in February, compared to a year ago.

The temporary stamp duty holiday, and the pressure to move to larger homes following the shift to home-working and home schooling, are both factors.

Just Eat are the top FTSE 100 faller this morning, down 4.5%, after the Financial Times reported it faces a new challenge from Uber in Germany.

Uber is attempting to break what it called Just Eat Takeaway.com’s “monopolistic” stranglehold on the German food delivery market, in the biggest test yet for the Silicon Valley company’s use of employed couriers instead of gig workers for meal conveyance.

Uber Eats will launch in Germany for the first time over the next few weeks, starting in Berlin, in its biggest entry to a new country since 2018.

Pierre-Dimitri Gore-Coty, Uber’s senior vice-president of delivery, told the Financial Times that Germany was one of its fastest-growing markets in ride-hailing, which it operates in 13 cities, and a “strategically important country” as it strives for group profitability for the first time this year.

In the UK, meanwhile, Just Eat is expanding its new worker model to Liverpool, meaning 1,500 takeaway couriers will be offered minimum pay, sick pay and holiday pay by the end of the year.

Unions say the model is a step in the right direction, but still doesn’t give couriers a sustainable job they can build a life around.

UK manufacturers put up their prices last month, in a sign that inflationary pressures are rising.

The ONS reports that prices at the factory gate rose by 1.9% in the year to March, the biggest rise in nearly two years.

Manufacturers also faced higher costs themselves: the price for materials and fuels has jumped by 5.9% in the last year (and 1.3% in March alone), particularly for metals and non-metallic minerals, and crude oil.

“With inflation well below target, the Chancellor must do more to stimulate the economy and speed up recovery. He should start by boosting pay for the key workers who kept us going through the pandemic.

“If workers get more spending power, our high streets and businesses will get a boost too. This will drive a faster recovery, supporting business growth and job creation.”