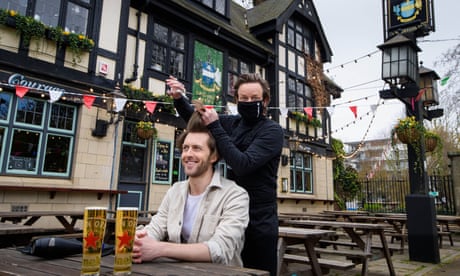 Here’s a handy thread on today’s trade figures and the impact of Brexit, from LSE associate professor of economics Thomas Sampson:

In another sign of economic recovery, global oil demand is now expected to surpass pre-Covid levels by end of 2022.

That’s according to the International Energy Agency’s latest report, which calls on the Opec+ group to increase production to meet next year’s demand — despite the climate crisis.

That will lift demand to 99.5m b/d next year, with the IEA predicting that by the end of 2022 it will “surpass the level of demand before the coronavirus crisis took hold”.

And this shows that the Opec oil group and their allies, such as Russia, must lift output, the agency argues.

Global oil demand will continue to recover and, in the absence of further policy changes, by end-2022 reach 100.6 mb/d.

Opec+ slashed production once the pandemic began to rebalance the market, and has been gradually unwinding these cuts. Earlier this month, it agreed to keep easing production curbs through July – and didn’t decide what to do beyond that.

The IEA says the issue of sanctions on Iran’s oil, which could be lifted if the nuclear deal with the US is revived, is an important factor:

The pace at which the OPEC+ cuts can be unwound will depend not only on the success in containing the spread of the virus and demand growth but also the timing of the eventual return of Iranian barrels to the market.

A hike in oil production would be a blow to efforts to curb fossil fuel use and carbon emissions, as Bloomberg’s Javier Blas tweets:

The IEA’s report today acknowledges that the jump in oil demand underlines “the enormous effort required to get on track to reach stated ambitions” on tackling the climate emergency.

Last month, the IEA declared that exploitation and development of new oil and gas fields must stop this year and no new coal-fired power stations can be built, if the world is to achieve net zero emissions by 2050.

Naked Wines has reported a 68% surge in sales over the past year as customers flocked to buy wine online during the coronavirus crisis.

The online wine retailer, whose website crashed at Christmas because of customer demand, also reported a 53% increase in regular customers, with the pandemic accelerating the trend of buying wine online.

“It is clear to us that the pandemic has served to underscore the value of our business model in connecting winemakers and consumers directly and proven the opportunity before us.”

He said he expected sales to grow by about a fifth annually.

Germany’s economy is on track for a strong recovery in the second half of this year, the country’s central bank said today.

In its new economic forecasts, the Bundesbank raised its growth and inflation forecasts for this year and the next. It predicts that the pandemic will be pushed back by a successful Covid-19 vaccination programme, meaning economic restrictions can be scaled back quickly.

This will lead to “substantial catch-up effects” in household spending and across services sectors hit hard by the lockdown. Families are expected to spend some of the money built up in the pandemic, pulling down the “unusually high” savings rate quickly

The Bundesbank now expects the German economy to reach pre-pandemic levels as soon as next quarter, growing by 3.7% this year, 5.2% next year and 1.7% in 2023.

“The German economy is overcoming the pandemic-related crisis.”

But, the report also warns of the possible risk that a Covid-19 mutation substantially reduces the effectiveness of the vaccines, which would be a major setback.

The longer it takes to overcome the pandemic worldwide, the greater the risk. In addition to weaker foreign demand, direct protective measures at home could then again affect the German economy.

The UK economy grew by 2.3% in April as the easing of Covid-19 lockdown measures fuelled a rebound in consumer spending, according to official figures, my colleague Richard Partington explains:

The Office for National Statistics (ONS) said GDP rose for the third consecutive month as pandemic restrictions were scaled back across all four nations of the UK, with the economy growing at the fastest pace since the July reopening from lockdown last year.

Retail sales grew sharply as non-essential shops reopened, alongside a pickup in bookings for caravan parks and holiday lets, and the reopening of hospitality venues outdoors lifted spending in pubs, bars and restaurants. Overall GDP grew by 1.5% in the three months to April compared with the previous three months.

Rishi Sunak, the chancellor, said the latest figures were “a promising sign that our economy is beginning to recover”.

The ONS said the annual rate of growth in April was 27.6%, demonstrating the difference from the worst month of the pandemic a year earlier, as the economy recovers from the biggest collapse in output for more than 300 years.

However, further ground remains to be recovered, with the economy still about 4% below its pre-pandemic level as concerns mount over the fallout from rising Covid infections fuelled by the Delta variant, first detected in India.

The week-long Suez Canal blockage in late March may have hit imports from China’s manufacturers into the UK in April.

Imports of goods from China fell across many commodity types, including office machinery, cars, general miscellaneous manufactures, and electrical machinery.

These commodities are typically transported by ship, and therefore may have been affected by the blockage of the Suez Canal, an important passage for ships travelling between Asia and Europe, at the end of March 2021.

The ONS flags that goods imports from the EU are still ‘significantly down’ on last year’s levels:

UK goods exports to the European Union rose slightly in April, but remain well below their levels before Brexit.

It was driven by a 2.9% month-on-month decrease in UK exports to non-EU countries, partly offset by a 2.3% increase in exports to the EU, the ONS reports.

This increase may show that some exporters are getting to grips with the new challenges of exporting to the EU, from red tape and paperwork to checks at the borders.

The latest trade figures show that Brexit has continued to impede exports to the EU, albeit slightly less than in previous months now that traders are adapting to the new rules.

The value of exports to the E.U. rose by 2.3% month-to-month in April, but they were still 9.0% below 2019’s average level. That is a disappointing performance, given the boom in global trade flows; U.K. exporters have lost market share.

On the import side, imports of goods from non-EU countries hit its highest level since records began in January 1997, with a “slightly weaker increase” in imports from EU countries.

Exports values to the EU excluding erratics were 5.7% below their December level, while imports were a whopping 19.1% below. In contrast, imports from non-EU countries are up by 4.9% compared to December and exports are down by just 1.3%.

The London stock market is rallying this morning, pushing the blue-chip FTSE 100 to a one-month high.

That’s its highest since 10th May, when it touched its highest level since the pandemic began:

UK companies are among the risers, with housebuilder Taylor Wimpey and Primark owner AB Foods both up 1.8%, and manufacturing business Melrose up 2%.

“UK GDP posted a large gain in April for the second month running, growing 2.3% m/m in line with expectations. This left GDP up a massive 27.6% up from its low point last April but still down 3.7% on its pre-pandemic level in February 2020.

Today’s data confirm a rapid recovery in the UK is well underway and will fuel hopes that the economy will in a few months’ time have recovered all of its pandemic-related losses.

There’s also relief in the City that yesterday’s jump in US inflation to 5%, a 13-year high, didn’t puncture Wall Street’s rally.

Debapratim De, senior economist at Deloitte, predicts the UK could see very strong growth this summer, thanks to the successful Covid-19 vaccination programme.

“Vaccines and better weather seem set to supercharge activity. We expect the spring and summer months to deliver growth of almost 7.5%. That is higher than the cumulative growth seen in the four years before the pandemic.

But, the rise in Covid-19 cases clearly casts a shadow, with the government soon to decide whether to postpone the final easing of restrictions beyond June 21st.

Boris Johnson has been urged to pull the plug on the final easing of coronavirus restrictions across England later this month, as he prepares to consider the latest data this weekend.

With just 10 days until the final stage of his roadmap, when all legal limits on social contact could be removed, the prime minister is under growing pressure to err on the side of caution given a surge in cases of the Delta variant, first discovered in India.

Jim McManus, vice-president of the Association of Directors of Public Health, said a complete lifting of measures risked cases and hospitalisations rising further, potentially leading to more variants that could undermine the vaccine rollout.

Although the recovery is underway, it’s going to be a long journey (as Rishi Sunak acknowledged earlier, when he said the economy was ‘beginning to recover’).

James Smith, Research Director at the Resolution Foundation, warns the government must put more support in place, for when the furlough scheme ends this autumn:

“The economy is recovering rapidly as it began to reopen in April. But with GDP still 3.7 per cent below pre-pandemic levels, and the UK having a ‘Covid employment gap’ of over four million workers as recently as April, the Covid recovery is far from complete.

“Critically, the Government will need to plan for a recovery that continues beyond the phasing out of emergency support later this year.”

The release of pent up demand, as consumers return to shops and restaurants, is significant.

Investment by businesses is also picking up, now that there is greater certainty over the outlook post covid and post Brexit. While the outlook is positive, the Bank of England has a challenge ahead, to continue to support the recovery, while also keeping a lid on inflation expectations.”

“We’ve grown accustomed to erratic GDP figures since the pandemic, but today’s data confirms that the UK reached a turning point in April, when the re-opening of non-essential retail and easing of hospitality restrictions boosted spending.

“Consumer confidence has surged higher in recent months as the re-opening continues, which bodes well for more domestically focused companies.