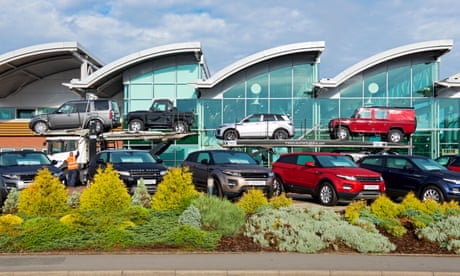 Some reaction to the drop in US mortgage applications last week:

In the US, the number of mortgage application has dipped, down 0.9% last week.

US house prices have surged 12% in the last year, the fastest jump since 2006, partly driven by limited supply, and rising demand as the economy reopened. This could now be putting homes out of more families’ reach.

But while loan numbers fell, average loan amounts rose as people stretched themselves to get onto the housing ladder, or move up it.

Joel Kan, economist at the Mortgage Bankers Association (who compile the data) explains:

“This is a sign that the competitive purchase market, driven by low housing inventory and high demand, is pushing prices higher and weighing down on activity.”

More van news… Stellantis, the owner of Vauxhall, has announced it will restart a third shift at its Luton van plant to take advantage of rising demand for commercial vehicles.

The carmaker, which was created this year from the merger of Peugeot and Fiat Chrysler, will produce cars around the clock once 400 workers return from furlough. It will also hire about 120 new workers as part of the plans.

The factory has a capacity of 100,000 vans per year. Production will start in June, although workers will be at the plant for training from May.

The company said it needed the extra shift:

Stellantis earlier on Wednesday warned that computer chip shortages that have held back production are expected to worsen. It did not give any details about whether it will extend production at the Ellesmere Port plant near Liverpool, which is awaiting an investment decision.

Online fashion retailer Boohoo has seen its sales and profits soared during the coronavirus pandemic.

Unlike its high street rivals, Boohoo benefited from the boom in online shopping and being able to trade throughout successive lockdowns,

Demand from younger consumers for its inexpensive activewear, loungewear and tops while working from home helped Boohoo’s sales climb by 41% to £1.7bn, up from £1.2bn a year earlier.

Boohoo’s adjusted pre-tax profit climbed by 37% in the 12 months to 28 February to a better-than-expected £174m as the group’s customers shrugged off concerns about the group’s supply chain, following last summer’s allegations that linked it to factories with poor working conditions in Leicester and abroad.

“Despite the ethical supply chain challenges of recent years, the opportunities presented by lockdown to the brand have been capitalised on to tune of this record turnaround. Maintaining this renaissance as we move out of lockdown and competition intensifies will be challenging but one that benefits the customer as the market vies for its attention.”

UK van sales jumped to their highest level on record for an April, adding to the signs of pent-up demand in the automotive industry as lockdowns ease.

There were 30,440 new vans registered during the month, according to data also released today by the Society of Motor Manufacturers and Traders (SMMT). That’s 23% higher than the pre-pandemic average, as well as an April record.

Vans make up a relatively small but important part of the UK manufacturing industry, with 1,200 workers at Vauxhall’s Luton van plant, as well as nascent electric van production from the likes of taxi maker LEVC and startup Arrival. Ford also designs its Transit vans in the UK.

The jump in sales to record highs contrasts with today’s slower – albeit marked – recovery in car sales, which remain about 13% below the pre-pandemic average.

Businesses are investing in new vehicles as they grow in confidence, driven by a more positive economic outlook stimulated by the vaccine rollout. There has been particular uplift in larger van uptake, both from established demand in home delivery, but also more broadly as other sectors emerge from lockdown looking to maximise their payload efficiency.

With a fragile supply chain still subject to risk of disruption and ongoing Covid restrictions, there is some way to go before we can say business is back to normal, but after a very difficult year, the outlook is much brighter.

And here’s Mark Sweney on ITV’s hopes for a surge in adverts this summer:

ITV is predicting a summertime ad boom, with revenues expected to be up as much as 90% year on year, fuelled by the return of must-watch content including Love Island and football’s European Championship.

ITV, which said that total TV advertising was down 6% in the first quarter because of the impact of the latest coronavirus lockdown restrictions on brands spending on campaigns, is forecasting a strong second-quarter recovery.

“We finished the quarter strongly with the substantial majority of our shows back in production and a recovery in the advertising market,” said Carolyn McCall, the chief executive of ITV. “We are encouraged by the UK roadmap out of lockdown and remain cautiously optimistic about the year ahead.”

Here’s our news story on the jump in car sales in April, by my colleague Jasper Jolly:

Today’s burst of economic optimism has now pushed the FTSE 100 back over 7000 points again.

European markets are holding their gains too – with the Stoxx 600 still up 1.3%, thanks to gains in Frankfurt, Paris, Milan, Madrid and Amsterdam.

Quite a turnaround from yesterday, when the main indices all fell.

As Sophie Griffiths, Market Analyst at OANDA, says the jump in the eurozone PMI in April is boosting optimism.

After steep losses in the previous session, European bourses are flying higher today, helped by strong earnings and accelerating business activity in the region.

Yesterday’s sell-off was just the tonic to fire up the bulls, who had been complacent with stocks hovering around all-time highs. Tuesday’s declines served as a reminder that valuations are lofty. However, today’s strong corporate updates and upbeat PMI data are supportive of further gains.

She predicts the eurozone downturn will end this quarter, with a return to growth after a double-dip recession.

Today’s PMI report is “clearly positive and offered some bright spots”, she says, with the composite PMI rising to 53.8 in April, mild growth in the services sector, and record high factory growth in some countries.

Overall, after a GDP drop of 0.6% in Q1, the vaccination progress and the gradual reopening of some of the economies point to a GDP increase already in Q2, in line with our call since February this year.

While the uncertainty is still high at the moment with respect to the magnitude of the rebound, our bottom-up forecast now points to a quarterly GDP increase of around 1.5%

April was also a better month for eurozone companies. After falling into recession just last week, the eurozone economy may have turned the corner.

Eurozone companies grew at the fastest pace since last July in April, and at the second-fastest rate in over two-and-a-half years, according to the latest survey of eurozone purchasing managers.

Eurozone factories led the recovery with record growth; its PMI hit a record 62.9 (released on Monday), due to a surge in orders, output, and prices.

Encouragingly the tumble in the service sector bottomed out last month, with services firms returning to growth after shrinking for seven months in a row during the pandemic.

The services PMI rose to 50.5, from March’s mildly contractionary 49.6. But while Spain’s service sector grew strongly, there was only marginal growth in France while Germany and Italy services firms contracted.

This lifted IHS Markit’s Eurozone PMI Composite Output Index to 53.8, up from 53.2 in March (any reading over 50 shows growth).

Business expectations surged to their highest in a decade, as firms showed more optimism about prospects. Employment also jumped… as did rising raw materials costs, with the composite input prices index jumping to its highest in 10 years.

Chris Williamson, chief business economist at IHS Markit, says the PMI report suggests the eurozone will return to growth this quarter – as Covid-19 vaccinations speed up and economies reopen.

“April’s survey data provide encouraging evidence that the eurozone will pull out of its double-dip recession in the second quarter. A manufacturing boom, fueled by surging demand both in domestic and export markets as many economies emerge from lockdowns, is being accompanied by signs that the service sector has now also returned to growth.

“Barring any further wave of infections from new variants, Covid restrictions should ease further in the coming months, driving a strengthening of service sector business activity which should gain momentum as we go through the summer.

“It is extremely encouraging to see sales of new cars bounce back in April reflecting the significant pent-up demand as the lockdown was eased across the UK and dealerships reopened.

Customer footfall at dealerships is strong and driving schools are seeing a major increase in young people booking driving tests. All of this leads us to believe that there is a very upbeat outlook ahead for the motor industry in the summer and retailers are looking forward to a further release of the pent-up demand accumulated over the past months.”

Driving tests are another area where demand is outstripping supply, though. Some learner drivers have said test slots are “like gold dust”, with a year’s backlog to get through.

“Demand could outstrip supply as global production remains constrained by parts shortages. But, at least initially, such a scenario is not unhelpful to dealers, holding on to margin and being less reliant on discounting to shift stock. This could be critical for bricks-and-mortar showrooms hit hard by lockdown, and also facing increasing competition from online players and carmakers’ direct-to-consumer propositions.

He’s also encouraged that sales of plug-in electric cars rose (accounting for just over one in eight vehicles in April):

“Strengthening plug-in vehicle sales is encouraging, with demand buoyed by increasing numbers of attractive products available – and as motorists and businesses plan ahead, mindful of schemes such as the expansion of the London Ua Low Emission Zone in October.”

The global shortage of semiconductors could hurt the UK car industry’s recovery hopes, though.

Just as things are looking up for the motor industry, it’s been slammed by a wave of turbulence caused by a global semiconductor shortage. And given how vital these chips are to the industry, in use in everything from power steering to parking sensors, this will have an impact. Car manufacturers like Ford, MINI and Jaguar Land Rover are halting production in the face of severe disruption, which escalated in April. While new car sales have shot up this month, there’s no doubt that demand will be squeezed by an ensuing supply crisis.

Already facing a supply bottleneck due to delays caused by Covid-19 and the aftermath of Brexit, the chip shortage will further push back waiting times for consumers ordering new cars and come at a huge cost for a market recovering from substantial losses.

This disruption won’t be resolved immediately, but the strength of the industry will push it to continue to navigate the challenges thrown its way, and dealers remain agile and engaged with consumers to meet the huge demand in the marketplace as much as possible.”

The SMMT has also slightly lifted its forecast for car registrations this year, expecting stronger demand as the economy reopens.

However, this would still be around 20% less than the average in the last decade (around 2.33m), which illustrates how the recovery will take time.

Demand is likely to be driven by a broad range of new models and powertrains, with confidence bolstered by the gradual reopening of the country.

This table from the SMMT shows how UK new car sales rose by more than 3,000% year-on-year in April, as the reopening of showrooms and the easing of lockdown restrictions boosted demand….

…but despite that dramatic percentage change, sales were still almost 13% lower than an average April over the last decade.