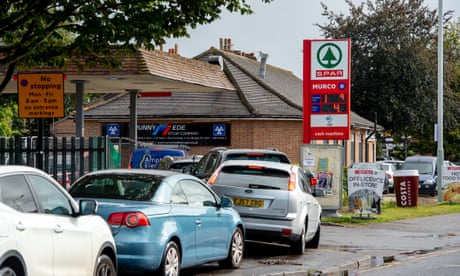 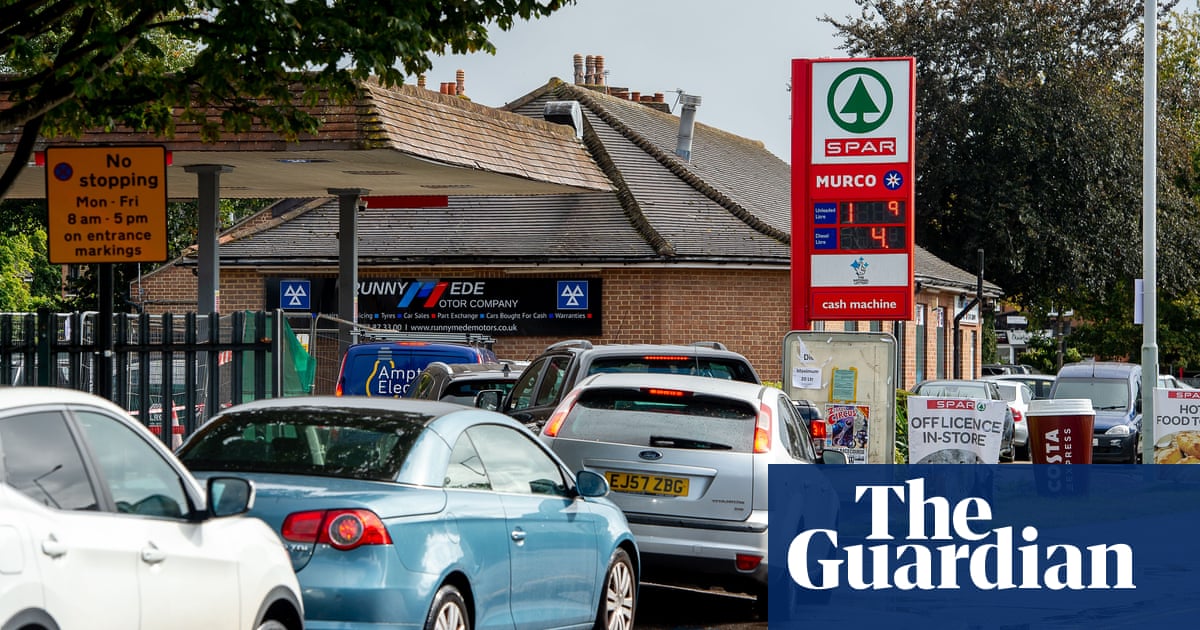 Business confidence in the UK has collapsed after a month that has seen supply bottlenecks, rising energy prices, fuel shortages and looming tax increases combine to stifle growth.

In its latest health check on the economy, the Institute of Directors said sentiment had “fallen off a cliff” in September, adding to fears that Britain was on course for a dose of 1970s-style stagflation.

The warnings from the IoD came as people queued to fill up on garage forecourts and road traffic fell in the last week. The online clothes retailer Boohoo said its profit margins were being squeezed by higher shipping costs and the need to increase pay for staff in its warehouses.

The IoD said the sharp fall in business confidence from +22 points to –1 point in September meant a return to the pessimism of February, when the economy was constrained by lockdown restrictions.

Kitty Ussher, the IoD’s chief economist, said: “The business environment has deteriorated dramatically in recent weeks. Following a period of optimism in the early summer, people running small and medium-sized businesses across the UK are now far less certain about the overall economic situation and the IoD Directors’ Economic Confidence Index fell off a cliff in September.

“A higher proportion of our members expect costs to rise in the next year than expect revenues to rise. This is not helped by the government’s recent decision to raise employers’ national insurance contributions, which acts as a disincentive to hire just when the furlough scheme is ending.”

Although the ONS upgraded its growth estimates for the UK in the second quarter of this year from 4.8% to 5.5%, activity has slowed since the middle of the year as a result of rising infection rates, the “pingdemic”, and labour and supply-chain shortages.

The latest weekly update on the economy from the ONS showed that job vacancies in the transport, logistics and warehousing sector were up by more than 350% on pre-pandemic levels. The combination of pressures has led to warnings the UK could be heading for a winter of stagflation, when a stagnating economy combines with rising prices.

Shevaun Haviland, director general of the British Chambers of Commerce (BCC), which represents thousands of companies across the UK, said ministers needed to work with firms to deal with the growing fallout from Covid and Brexit.

Writing in the Guardian, she warned that businesses were facing the most difficult operating environment for a generation. “It’s not just labour shortages. The price of energy, raw materials and shipping have all risen sharply. It’s often taking longer to move goods across borders and businesses are facing higher taxes in the coming year,” she said.

As the chancellor, Rishi Sunak, unwinds emergency support schemes that helped limit the fallout from the worst recession in 300 years, the Guardian’s monthly dashboard of economic developments shows signs of distress spreading across the economy.

Businesses and households are coming under growing pressure from rising costs, with inflation at the highest rate in a decade ahead of a tough winter, as shortages of goods and materials drag on growth. In the depths of a fuel crisis as petrol stations run dry, company bosses warned that removing furlough and other support schemes risked a “perfect storm” for growth and jobs.

“One of these issues alone would be tough, but together they create a perfect storm as we head into an unpredictable winter,” said Haviland.

For more than a year, the Guardian has tracked the economic fallout from the pandemic on a monthly basis, following infection rates, eight key growth indicators and the level of the FTSE 100. Faced with the deepest global recession since the Great Depression, the Covid crisis watch also monitors Britain’s performance compared with other countries.

After suffering one of the worst death rates in the world from Covid-19 and the deepest economic slump in the G7, Britain’s economy has recovered faster than expected and is forecast to grow at the fastest rate among the group of wealthy nations this year. However, economic growth has dropped close to stalling point despite the end of most pandemic restrictions.

Official figures show that weaker retail sales and shortages of workers and raw materials dragged down GDP growth in July to 0.1% on the month, and the IoD survey will add to fears that the economy has flatlined in the third quarter.