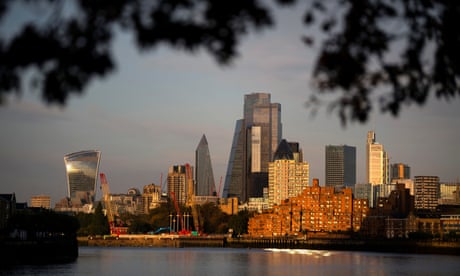 Here’s an interesting thread on the (awaited) deal, from Alex Stojanovic of the Institute for Government.

JPMorgan said the EU had secured a deal which allows it retain nearly all of its advantages from trade with the UK but with the ability to use regulations to “cherry pick” among sectors where the UK had advantages – such as services.

From the plot, higher policy uncertainty hammers both the sterling effective rate and the sterling rate against the dollar.

Last, but not least, policy uncertainty is currently higher than what it was when Boris Johnson signed the withdrawal agreement with the EU in January 2020. Clearly, markets are currently waiting to see (and assess) what the new deal will look like!!!

With less than an hour’s trading to go until the stock market closes early for Christmas, the FTSE 250 index is still solidly higher.

Two luxury brands are among the risers, with carmaker Aston Martin up 8% and Watches of Switzerland up 6.7% (they’ve had a very strong year for sales, with some wealthier shoppers splashing spare cash on Rolex, Patek Philippe, Tag Heuer and Omega timepieces….).

Raffi Boyadjian, senior investment analyst at XM, says the pound is showing a ‘relatively contained reaction’ to the prospect of an imminent trade deal with the EU.

Anxiety over the Covid-19 pandemic, and ongoing disruption at the ports, may be a factor, he adds.

Investors are either holding back until there is an official statement out of fear of a last-minute hiccup, or expectations that a deal would be done have already been mostly priced in, raising the possibility of ‘buy the rumour, sell the fact’ trades in the coming sessions.

However, a more likely reason for sterling’s unenthusiastic response is rising concerns about the British economy, deal or no deal. The UK recorded almost 40,000 cases of coronavirus on Wednesday – the highest daily tally so far in the pandemic. The government yesterday added more regions of England to the highest tier of restrictions, effectively placing them under full lockdown. Making matters worse, travel across the Channel – the UK’s most important trade route with Europe – remains clogged up with queuing lorries and the recent easing of the ban by France has done little to alleviate the situation.

After over three hours of muted Christmas Eve trading, the FTSE 100 has now dipped into the red.

The blue-chip index is now down 12 points or 0.2% at 6483, as investors await the much-anticipated Brexit trade deal.

That last-minute hitch over fish may be to blame…..

The pound is still holding its gains, though, outshining other major currencies:

Boris Johnson has been accused of selling out farmers – particularly in Scotland and northern England – after it emerged that seed potatoes are not set to be included in a post-Brexit trade deal, my colleague Libby Brooks writes.

A letter from the Department for Environment, Food and Rural Affairs (Defra) said the EU would allow almost all food and plant exports from Great Britain to continue from 1 January.

However, seed potatoes will be banned. The Defra letter says:

“Unfortunately the EU have confirmed they will not accept our case for a permanent change to the prohibition on seed potatoes … on the grounds that there is no agreement for GB to be dynamically aligned with EU rules.”

Scottish seed potato farmers are one of the biggest exporters for the production of chips and crisps in the world, with the sector accounting for three-quarters of UK production and worth about £112m a year.

And here’s some reaction:

Lloyds Banking Group is still the top riser in the FTSE 100 index, up 5% currently at 39p.

That means the UK lender has gained 12% since yesterday morning, as hopes of a Brexit trade deal have built up.

Other UK companies are also holding gains, with housebuilder Berkeley Group up 3.4%, supermarket chain Tesco up 2.9%, and airline group IAG up 2.1%.

The wider FTSE 100 has dipped back a little, currently up just 10 points or 0.15% at 6505 (with the stronger pound weighing on multinationals a little).

Paul Dales of Capital Economics points out that Britain is still heading for a ‘relatively hard’ Brexit, although a deal will remove one potential brake on the recovery.

Capital Economics also predicts that the pound, and the stock market, could be higher in a year if there is a decent UK and global economic recovery from the COVID-19 crisis in 2021:

David Owen, chief European economist at investment bank Jefferies, points out that a deal won’t be the end of the Brexit process:

The devil will be in the detail, but at least we are on the cusp of a deal finally being agreed, and we can hopefully look forward to a strong economic recovery from the second quarter of next year onwards, after the vaccines have been rolled out.

But this is not the end of Brexit, far from it. 2021 will be the start of managed divergence and for many companies, particularly for services, a fundamental change in the way they do their business.

The pound has risen against the euro this morning too.

But again, that’s still much lower than before the referendum in June 2016 (when one pound was worth up to €1.30).

I’ve also realised the FTSE 250 index hit a 10-month high this morning, not eight-month as I wrote earlier – sorry…..