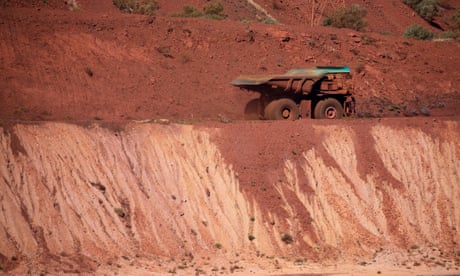 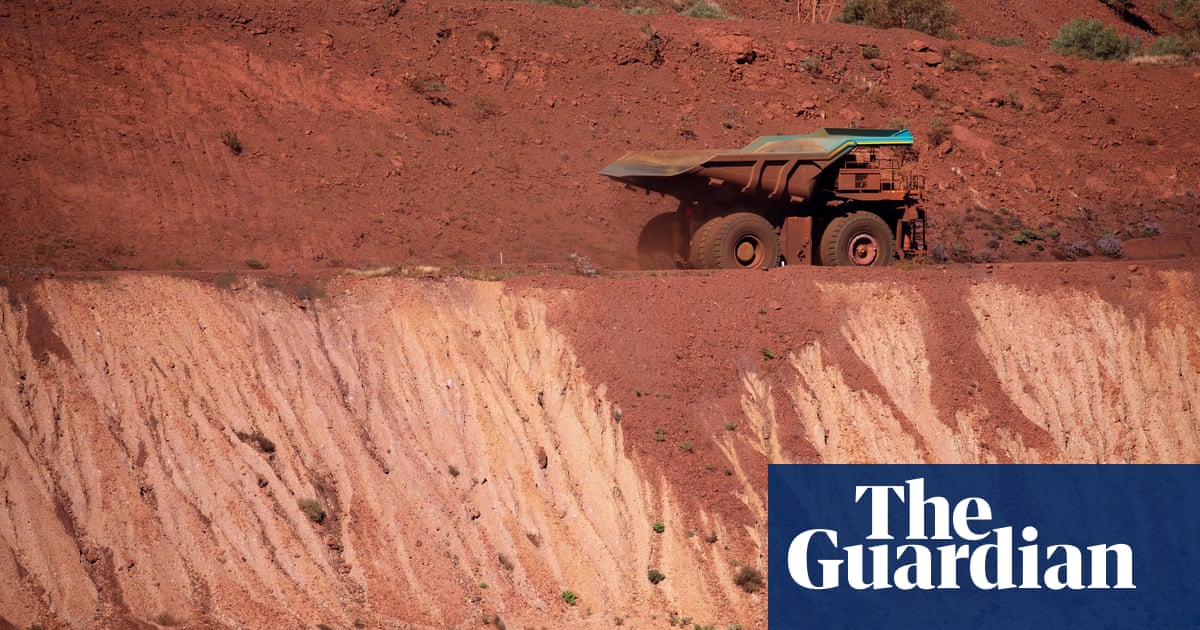 Australian iron ore producers risk being used as a pawn in Beijing’s geopolitical power play against Canberra, a leading thinktank has warned, amid concerns Chinese demand for the valuable commodity could dry up if the giant Evergrande property group collapses.

The Australian Strategic Policy Institute (Aspi) in a report on Wednesday urged the federal government to take China to the global trade umpire to reduce the chances of iron ore exports being used as weapon in the mounting diplomatic standoff between the two countries.

China has already banned Australian coal, wine and barley exports as part of a wider row over alleged state-sponsored cyber-attacks and the creeping influence of Chinese companies such as technology giant Huawei.

However, with the price of iron ore falling by more than half since May, in the wake of Chinese curbs on steel production, the Aspi report warns producers are vulnerable.

“In the event that an iron ore glut emerges over coming years, Australian miners could be susceptible to the same kind of discriminatory action that China has taken against Australian coal,” it says.

Australia could try to obtain a ruling from the World Trade Organization that China’s treatment of its coal exports has been unfair, setting a precedent that it could then use to make it more difficult for iron ore exports to be treated the same way.

Iron ore is crucial to the Australian economy, even more so after the pandemic punched a hole in the value of the country’s growing service-based exports. Miners reaped $150bn from exports last year, of which around 80% came from China. A US$1 fall in the price of iron ore is reckoned to reduce commonwealth coffers by $130m, so the fall from the mid-year price of US$214 a tonne to under $100 now comes at a cost of billions of dollars in tax receipts.

The price was already falling rapidly before the full extent of the Evergrande crisis started taking shape in the past few weeks.

The property company is China’s second biggest, but years of borrowing have left it with $300bn worth of debts. It admitted last week that it cannot sell off assets quickly enough to repay all its debts, and its shares have lost 85% of their value this year. It raises the prospect of defaults and a domino-effect crash through China’s housing market.

The property market makes up at least 16% of the Chinese economy – 25% according to some estimates – which means the collapse of such a large player could have a disastrous impact.

“The Evergrande financial implosion bears similarities to the US sub-prime crisis with the accumulation of property-related bad debts and losses having the potential to spark a loss of confidence in the financial system,” it says.

Global financial markets have woken up to the threat, causing a significant wobble this week as analysts slashed forecasts for iron ore production due to, in the words of experts at investment bank UBS, “growing headwinds to commodity demand”. They downgraded mining stocks such as Rio Tinto and Fortescue Metals to a sell.

Commonwealth Bank’s iron ore analyst, Vivek Dhar, said the slowdown in Chinese property prices would subdue construction and keep a lid on steel demand – and therefore iron ore – for the remainder of the year.

“While government intervention is still not out of the question for China Evergrande, steel demand from China’s property sector is likely going to worsen before it stabilises,” he said. “A default by China Evergrande would be the worst possible case for steel demand.”