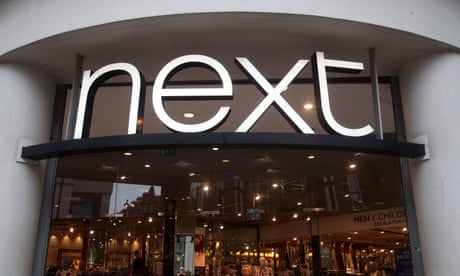 The Office for National Statistics’ latest weekly assessment of the impact of the pandemic has found a small increase in people travelling to work.

The number of job adverts has also risen closer to its pre-pandemic levels, as firms prepare for lockdown measures to ease, and there were more cars on the roads too.

It’s been a busy start to the year for stock market listings in London, partly thanks to Deliveroo’s dismal debut yesterday.

The London Stock Exchange has reported that £7.17bn of equity capital was raised in the first quarter of 2021, by 25 initial public offerings.

“London Stock Exchange has had a fantastic start to the year, helping companies raise over £15 billion in equity capital in the first quarter.

The positive activity demonstrates the ability of UK capital markets to support dynamic companies across all sectors and from around the globe, enabling them to access deep pools of international capital in London.”

But we’ll have to see whether Deliveroo’s 26% plunge yesterday puts companies off.

Deliveroo’s shares are currently down over 2% today, in conditional trading, at around 280p, further away from the 390p IPO price.

Climate activists in London splashed black dye on the front of the Bank of England on Thursday as part of a protest, a Reuters photographer at the scene said.

Activists, some dressed as jesters, hurled the dye at the imposing neo-classical building, known as “the Old Lady of Threadneedle Street” as they demonstrated against the finance sector’s support of what they say is a climate catastrophe.

“This bank is killing us,” read a banner held up by one protester. “No more fossil fuels,” read another.

“The action today is part of a wave of actions by XR’s Money Rebellion designed to expose the role of banks in the climate and ecological crisis,” Extinction Rebellion said.

Two people were arrested by police.

“It is not okay that the Bank of England can distribute money to companies that are destroying our planet whilst millions face the destruction of their future because of their actions,” said activist Amelia Halls, 22.

Chris Daly, CEO at the Chartered Institute of Marketing, points out that Next has big ambitions for its ‘Total Platform’ service.

Childsplay Clothing, Laura Ashley, Victoria’s Secret and Reiss are signed up, along with a new, unnamed, start‐up launching in September.

Daly says strategic partnerships with fashion brands such as Reiss have strengthened its online sales platform.

“With 12 days left to go until shops reopen in England, it won’t be a day too soon for Next, which has suffered a significant fall in profits after a year of extremely difficult trading conditions.

“But if there’s one brand that knows how to weather a storm effectively, it’s this one. Evolution has been key to its 157 year old success – from pioneers of the modern day chain store, to today’s ambitions to become the ‘Ocado of fashion’ after extending its online third party Total Platform.

The Liberty Steel owner, Sanjeev Gupta, has pledged not to shut down any of his steel plants even as creditors seek to wind up key businesses.

Gupta has been urgently seeking refinancing for GFG Alliance, the conglomerate that owns Liberty Steel, after the collapse three weeks ago of Greensill Capital, a key creditor.

The Greensill collapse has prompted fears over the future of GFG Alliance and the jobs of its 35,000 global employees, with metals interests stretching from Australia to Scotland. In the UK, GFG employs 5,000 people, including about 3,000 steelworkers.

He said he was “committed” to his UK plants, and said he had received interest from an undisclosed number of financiers to refinance the business, in an interview on Thursday with BBC Radio 4’s Today programme, his first since the collapse of Greensill.

“None of my steel plants under my watch will be shut down for sure.”

European stock markets have begun April on the front foot, with gains across the board.

Industrial conglomerate Melrose (+5.3%) and airline group IAG (+4%) are among the top risers, along with aerospace and defence company Rolls-Royce (+3%) and commercial property group Land Securities (+2.9%).

And with Germany’s DAX at record levels, the Europe-wide Stoxx 60 is close to its pre-pandemic record peak, up 0.5% this morning.

EU stocks continue to consolidate near record highs while Wall Street is struggling to find a direction. With most major markets closed tomorrow, investors will prefer to stand on the sidelines today.

Market participants are waiting for the latest U.S. labor market figures, which will be published tomorrow. The Non-Farm Payroll figure is likely to beat expectations and signal that the U.S. economy is on a steady recovery path.

While this is good news, it could also bring inflation fears back to the fore.

There are ‘green shoots of recovery’ sprouting across UK manufacturing, says Duncan Brock, Group Director at the Chartered Institute of Procurement & Supply.

On today’s PMI report, he says:

“The floodgates to new business, rising confidence and more jobs were opened in March with the highest index level since the last recession and green shoots of recovery popped up across the UK as the global marketplace improved.

Manufacturers picked up the pace to meet new orders rising at the fastest levels for three years with the domestic pipeline of work strengthening and previously deflated export orders bouncing back across the board, including from the EU. In turn suppliers were under the cosh to keep up as the list of shortages in raw materials increased leading to the second-greatest lengthening of delivery times in the history of the survey.

“However, these low points did not divert the sector from its enthusiasm about the coming year and with job creation, both were at a near seven-year highs. All in all, a great end to the first quarter where some businesses recovered losses from last year but the reality of continued supply chain disruption as a result of Covid, Brexit and now the Suez delays could potentially rein back some of the gains in April.”

This disrupted raw material deliveries, production schedules and deliveries of finished goods to clients — as well as pushing prices up.

With demand outstripping supply, input price inflation accelerated to a 50-month high. This also led to upward pressure on output charges, which rose at the quickest pace since January 2017.

Markit’s UK manufacturing PMI has jumped to a decade-high of 58.9 in March, the highest reading since February 2011.

That signals a sharp expansion last month, as vaccine rollouts at home and abroad boost confidence, and the loosening of lockdown restrictions approaches.

Purchasing managers told Markit that they had seen stronger order growth, from both domestic customers and overseas, alongside a jump in output.

Business sentiment was at its most elevated for seven years, hitting unsurpassed levels at both consumer and investment goods producers.

Almost two-thirds of manufacturers expect output to rise over the coming year (only 6% expect a contraction). Jobs growth was also at a seven-year high, supported by the sharpest rise in backlogs of work for 11 years

But (as in the eurozone) the sector remained beset by severe supplychain and logistic issues, however, leading to delivery delays from suppliers and disruption to production and distribution schedules.

But.. he also warns the blockage in the Suez Canal could intensify supply chain disruption, and drive the cost of supplies even higher.

“Eurozone manufacturing is booming, with production and order books growing at rates unprecedented in nearly 24 years of PMI survey history during March.

Although centred on Germany, which saw a particularly strong record expansion during the month, the improving trend is broad based across the region as factories benefit from rising domestic demand and resurgent export growth.

Driving the upturn has been a marked improvement in business confidence in recent months, with expectations of growth in the year ahead running at record highs in February and March. This has not only boosted spending but has also led to rising investment and restocking, as firms prepare for even stronger demand following the vaccine roll-out.

The picture is blighted, however, by record supply chain disruptions, which will likely be exacerbated further by delays arising from the Suez Canal blockage. Prices are already rising at the fastest rate for a decade as demand outstrips supply, resulting in a sellers’ market for many goods.

While the forces driving prices higher appear to be temporary, linked to the initial rebound from COVID19 lockdowns, any further upward pressure on firms’ costs and selling prices is unwelcome.

Encouragingly, the recent expansion of output means production in the eurozone is likely to have surpassed its pre-COVID peak, and hiring has already accelerated markedly as producers seek to build additional capacity to meet higher demand.”