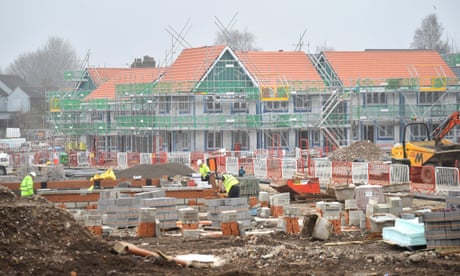 It’s nearly time to learn how many new jobs were created in America last month.

Economists are expecting a strong Non-Farm Payroll report – with many predicting at last a million fresh hires, which would be the best since last August.

We’re also expecting a drop in the unemployment rate, to 5.8% from 6%, as the labor market recovers.

A strong NFP report will boost confidence in the recovery.. but possible reignite chat about how long the US Federal Reserve will maintain its stimulus programs.

After a volatile week, brace yourself for more fireworks as we look forward to the release of the April 2021 non-farm payrolls report.

In recent days, investors have been piling into risk-sensitive assets, including commodities and value stocks and anything that relies on economic growth.

Indeed, the Dow surged to a fresh record high as more signs of an improving economy emerged, with applications for unemployment benefits falling last week to a fresh pandemic low. But on Thursday, the tech sector also found renewed strength as yields dipped on the back of dovish remarks from several Fed officials who have moved to alleviate speculation over monetary tightening amid rising inflationary pressures.

Holiday Inn parent InterContinental Hotels Group has seen a pick-up in demand in recent weeks as economies have started to reopen.

Keith Barr, Chief Executive Officer, says it was led by the Americas and Greater China:

There was a notable pick-up in demand in March, particularly in the US and China, which continued into April.

While the risk of volatility remains for the balance of the year, there is clear evidence from forward bookings data of further improvement as we look to the months ahead.

Europe is lagging, due to the current lockdown restrictions. In the UK, revPAR was down 75% in Q1 compared to 2019’s levels, while in Continental Europe it was 87% lower.

It’s been lifted by gains in the Chinese yuan, following today’s better-than-expected trade figures, and the ongoing weakness of the US dollar.

The benchmark jumped 0.3% and is on track for a 0.4% advance over the past seven days, its fifth straight week of gains.

China’s yuan has strengthened 0.25% in offshore trading on Friday to hit its best level in 2-1/2 months.

The jump in commodity prices is also pushing the currencies of some producer countries; Bloomberg recently explained that Brazil, Mexico, Malaysia and Indonesia are particular beneficiaries. And in the longer term – faster growth could create inflationary pressures which force central banks to lift interest rates.

The FTSE 100 is pushing higher too, lifted by mining giants.

Anglo American (+3.5%) and Glencore (+3.2%) are top risers, with investors expecting them to profit from the surge in iron ore, copper and other commodities.

Jet engine maker/services Rolls-Royce are up 3%. Ocado have gained 2.7%, having yesterday dropped to £19 for the first time in a year (they were £28 back in February, before the tech selloff began).

The Europe-wide Stoxx 600 index has hit a new record peak as well, today.

Sophie Griffiths, market analyst at OANDA, says there’s an optimistic mood in the markets, ahead of the US jobs report in 90 minutes.

Robust earnings and yet more upbeat data from the Eurozone indicates the economy has turned a corner.

German industrial production numbers printed ahead of forecasts, following in the footsteps of a string of data points across the week. In addition to German factory orders, Eurozone retail sales, Eurozone services and composite PMIs all came in ahead of consensus estimates, which bodes well for Q2 growth.

While the Dax is leading the charge in Europe, the FTSE has also put in a notable effort across the week, heading for its best weekly performance in a month. Energy stocks and industrials are dominating the upper reaches of the UK index. Miners are also on the rise as copper trades at an all-time high.

Britain’s FTSE 250 index of medium-sized companies has hit a new record high today, thanks to the economic recovery and some takeover talk.

It had already made up all its pandemic losses, after a vertiginous tumble back in February and March 2020 when it fell to just 13,000 points.

The rally is being led by property and logistics developer St Modwen, who are still up 19% after this morning’s takeover approach from Blackstone.

British engineering company Meggitt are up 9% — Reuters attributes this to a report on the Dealreporter website that U.S. group Woodward Inc was looking at a potential deal.

“Two private equity approaches in two days – one for John Laing from KKR and one for St Modwen from Blackstone – add to a growing list of takeover offers for UK-listed companies, to suggest there is still value to be had, even as the FTSE 100 tries to pull away from the 7,000 mark,

“Granted, KKR is yet to table a formal bid for John Laing, but St Modwen’s board seems minded to recommend the 542p-a-share cash offer and the 21% premium that represents, should a firm offer be made.

“That 21% premium is below the 36% average premium offered by bidders, across successful, ongoing and even failed approaches, over the past six months, when some 40 predators have stalked their prey. The number of bids, and the premium, suggests that someone, somewhere – be they trade or financial buyers – feel UK companies are still going cheap, with overseas buyers potentially attracted by how the pound still stands below the levels reached just ahead of the Brexit vote five years ago.

Back in the markets, commodity prices continue to climb — implying another rise in raw material costs….

Overall, April’s surveys of purchasing managers suggest that the UK economy grew strongly last month as it emerged from the pandemic lockdown.

PMI surveys can overstate swings in the economy (they basically ask whether conditions improved or got worse each month), and also rise when prices or delays increase. But they’re a decent gauge of the direction of the economy – and right now, they’re pointing upwards.

The impact of those stretched supply chains on builders can be seen here:

This is very positive news for the industry and the wider economy. Indeed, it confirms the views and experiences that construction professionals and contractors have been reporting.

It will also focus the industry to continue to develop alternative ways of delivering projects with the use of modular and prefabricated construction in order to balance the increasing demand on traditional supply chains to ensure they can deliver on the market demands.

Duncan Brock, group director at the Chartered Institute of Procurement & Supply, says supply chains are struggling to cope with the surge in demand from busy construction firms.

This means builders face hefty price hikes for materials — from aggregates and timber to steel, cement and concrete.

“Issues around supply chain performance acted as a drag on capacity however as supply constraints on essential materials increased to one of the third highest levels since 1997 when the survey began.

Brexit issues remained a factor affecting deliveries from the EU and suppliers generally were struggling to meet the sudden rush in demand leading to shortages of basic materials.

This inevitably led to the sharpest rise in cost inflation in a generation as builders scrambled to catch up on projects but the biggest rise in job creation since December 2015 also followed, signalling sustainable growth in the sector this summer.”

UK construction output has now grown for 10 of the last 11 months, since returning to growth last June after the first lockdown (January 2021 was the exception).

Firms are “highly upbeat” about their growth prospects too, IHS Markit says:

More than half of the survey panel (57%) expect a rise in business activity during the next 12 months, while only 7% forecast a decline.

This chart show how construction activity remained strong in April, with builders taking on staff at the fastest rate since December 2015.

Britain’s construction sector grew strongly in April as the economy emerged from lockdown… with builders facing a record surge in raw material costs.

New orders leapt at the fastest rate in six and a half years, which led to the steepest rate of job creation across the construction sector since December 2015 as firms scrambled to hire more workers.

That’s according to IHS Markit’s Construction PMI, just released. It came in at 61.6 in April, showing a robust jump in activity, and only fractionally from March’s six-and-a-half year peak of 61.7.

Markit says commercial work grew fastest last month, although a little slower than in March, while civil engineering growth was the highest since September 2014.

But, this jump in demand is leading to longer delays…with some builders also blaming trade frictions after Brexit too:

A rapid rise in demand for construction products and materials continued to stretch supply chains in April. The latest lengthening of suppliers’ delivery times was the third-greatest since the survey began in 1997, exceeded only by those seen during the lockdown in April and May last year.

Construction firms mostly cited demand and supply imbalances, but some suggested that Brexit issues had led to delays with inputs arriving from the EU.

And raw prices are surging at the fastest since the survey began 24 years ago.

The jump in commodities is clearly hitting the building sector, with steel (made from iron ore, of course) and timber (where prices have rocketed) singled out:

Higher prices paid for a wide range of construction items contributed to the fastest overall rate of cost inflation since the survey began in April 1997 (index at 84.6, up from 77.8 in March).

Steel, timber and transportation were among the most commonly reported items up in price.

After a three-year fight to overhaul Barclays…..the activist investor Edward Bramson has withdrawn from the battle by selling his 6% stake in the company.

Sherborne Investors, Bramson’s New York-based investment vehicle, said it was selling the stake to focus on a new unnamed investment target instead.

The British-born lawyer first took a stake in Barclays in 2018, criticising Barclays’ underperforming investment bank and saying its strategy had failed to benefit shareholders.

“Sherborne Investors has informed the company that it believes that the risk of and rewards from a new investment opportunity that it has identified offers a better return to the company’s shareholders than a continuing investment in Barclays,” it said.

The scale of his stake made him the third-largest shareholder in Barclays, after the investment fund BlackRock and Qatar’s sovereign wealth fund, but his plans failed to gain much traction with other investors. In 2019, fewer than 13% of shareholders voted in favour of a resolution to have Bramson appointed to the board of Barclays.

Barclays are still in the FTSE 100 risers today, up nearly 2%.