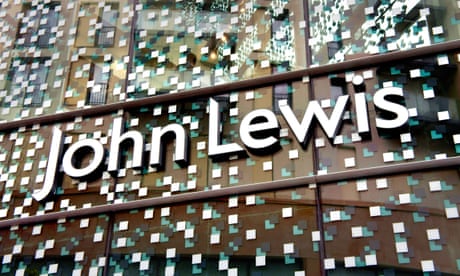 “John Lewis results today come as no surprise sadly, and they reveal the deep damage that COVID has wreaked across the UK retail sector. The sharp drop in profits at John Lewis comes against the backdrop of a rapid rise in online retail which has led the company to move swiftly to close stores and implement sweeping redundancies. The silver lining amidst this lies in a hopeful bump as shoppers are welcomed back in April, but the impact of lockdowns on the bottom line are expected to linger for many months to come.

We expect to see major expansion in John Lewis’s online offering over the next year, and this will mean significant restructuring of its physical operation and supply chains are yet to come. Retailers like John Lewis should now be looking closely at their supplier base as a source of cost-saving and a means of reshaping their offering for this new reality.”

John Lewis has also told reporters that its staff, or partners, are unlikely to get a bonus next year either, my colleague Sarah Butler flags up:

We still don’t know which stores might not reopen, but those with lower customer numbers are most at risk, it seems.

Britain’s John Lewis Partnership will not re-open a “small number” of department stores when the COVID-19 lockdown ends in areas where it considers there are not enough customers, its department stores head said on Thursday.

“The stores that we find we will probably need to exit are places where our customers aren’t,” John Lewis executive director Pippa Wicks told reporters.

“It’s not about whether it’s a high street or a shopping centre or an out-of-town retail park, it’s about where our customers are living and working. That’s what’s driving our decision making,” she said.

John Lewis chairman Sharon White has told the BBC that the company is “adapting fast” to the changes in retail during the pandemic.

This has been the biggest economic shock, the biggest public health emergency, that any of us have lived through.

and the Times’s Ashley Armstrong:

British American Tobacco has announced a £126m collaboration with Canadian cannabis producer Organigram, as part of its push to expand its portfolio ‘beyond nicotine’.

Under the agreement, a BAT subsidiary is taking a 19% stake in Organigram, which produces high-quality medical and recreational cannabis.

Their “strategic R&D collaboration” will focused on research and product development activities of next generation adult cannabis products, with an initial focus on cannabidiol (CBD), BAT says. More here.

In other retail news, Morrisons’ profits for 2020 slumped by half, which the supermarket’s chief executive described as a badge of honour.

Earnings were hit by the extra costs incurred in “feeding the nation” during the coronavirus crisis, which cancelled out the benefits of higher sales.

The Bradford-based company’s annual pre-tax profit before one-offs fell to £201m on sales of £17.5bn.

David Potts, Morrisons chief executive, pointed to £290m of costs stemming from the pandemic, including covering for worker absence and paying store staff a bonus, coupled with the decision to return £230m of business rates relief.

“I personally wear the halving of profits as a badge of honour.

It’s one thing being asked to keep indoors for most of the year, it is quite another if you haven’t got access to food.

Royal Dutch Shell cut the pay of its chief executive by 42% in 2020, as the oil company’s profits slumped because of the coronavirus pandemic.

Ben van Beurden’s total remuneration for 2020 was €5.8m (£5m), compared with about €10m the year before, the company revealed in its annual report on Thursday.

Shell also announced on Thursday that former BHP chief executive Andrew Mackenzie will take over as its chairman in May. He will replace Chad Holliday, who is stepping down after six years as Shell chairman and more than 10 years as a board director.

UK consumer spending picked up at the start of the month, even though millions of workers are still furloughed due to the pandemic.

New data from the Office for National Statistics shows that spending based on debit and credit card purchases handled by the UK’s Clearing House Automated Payment System (CHAPS) jumped by 10 percentage points in the week to 4th March.

That lifted spending to around 83% of its average in February 2020, just before the first lockdown.

Spending on ‘staples’ (essential purchases such as food and utilities) is 120% of pre-pandemic levels, due to the lockdowns keeping people at home.

The ONS also reports that nearly a fifth of company workforces were furloughed as of the middle of February, the equivalent of over six million workers.

That’s up from 11% in early December, before the current lockdown began.

It includes more than 60% of the workforce in the arts, entertainment and recreation industry.

Its latest Business insights and impact on the UK economy says:

Marios Hadjikyriacos, analyst at XM, says the markets are anticipating huge fiscal support from the US government.

In the broader market, serenity prevailed on Wednesday as a subdued US inflation print and a solid 10-year Treasury auction calmed global bond yields, propelling the Dow Jones to a new record high. Rising yields are generally negative for stock markets, so when yields stabilize or pull back like yesterday, equities breathe a sigh of relief.

Adding fuel to the cheerful mood was news that Congress gave final approval to the colossal $1.9 trillion spending bill and that President Biden will now turn his attention to an infrastructure investment package, which might be in the ballpark of $2.5 trillion. Make no mistake, this level of government support is unprecedented. It makes the New Deal look almost like child’s play in percentage of GDP terms.

This could be the new theme in markets. Even if the final figure is watered down as the negotiations unfold, there’s no question that throwing even more money at the problem is going to turbocharge the US economy, especially if that spending is directed at infrastructure that tends to generate a higher ‘multiplier effect’ and positive spillover effects.

Back in the markets, global stocks have hit a one-week high today as investors shake off their worries about inflation.

European markets are a little higher, with the Stoxx 600 rising 0.2% thanks to gains in Italy.

The UK’s FTSE 100 is flat, though, with housebuilders and banks dipping. Persimmon is down 4.8%, followed by HSBC (-4.5%), while technology-focused Scottish Mortgage Investment Trust is up 3.8% following the recovery in US tech stocks.

WPP, the world’s largest advertising group, reported a £2.8bn pre-tax loss last year as the pandemic hit its business and triggered a multi-billion write down in the value of some of its ad agencies.

The group, which said it expects to see a “solid recovery” this year, ran up £3.1bn in impairment charges which pushed it to a loss last year.

The advertising group has seen significant improvement since reporting a 15.1% decline in the second quarter, with revenues shrinking by 6.5% in the final three months of 2020.

“While revenue was significantly impacted as clients reduced spending, our performance exceeded our own expectations and those of the market throughout the year. While uncertainties remain around the impact of the vaccine roll-out and economic growth, we continue to expect 2021 to be a year of solid recovery.”

WPP raised its full-year dividend by 5.7% to 24p a share, and said it would resume a £620m share buyback plan, as the company’s net debt hit its lowest level in 16 years.

WPP reiterated its guidance for 2021 saying it expected to return to positive organic growth by the second quarter.