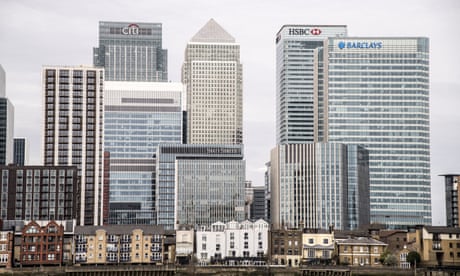 Discount voucher business Groupon could be taken to court if it fails to change its ways, according to the competition watchdog, the Press Association reports.

An investigation by the Competition and Markets Authority (CMA) launched in April found that the company does not always provide customers with the refunds or other forms of redress they are legally entitled to.

In some cases the CMA also found that Groupon UK would only offer credits, rather than cash refunds as required under consumer laws.

The company has now been contacted by the watchdog and told to commit to changes or face court action.

Investigators also found that some vouchers cannot always be redeemed within the advertised periods, or descriptions of goods and services were inaccurate or poor quality.

Bosses must also ensure customer services are up to scratch when customers contact them, the CMA added.

As well as potentially breaking consumer protection law, Groupon UK could be in breach of the formal commitments it gave to the CMA’s predecessor, the Office of Fair Trading (OFT), in 2012, it said. As part of these commitments, Groupon UK pledged to ensure information on its website is not misleading and to comply with customers’ legal cancellation and refund rights.

“More people than ever are shopping online, especially over the last year.

“It is therefore essential that online businesses treat customers fairly and refund them money where due under consumer law.

“Groupon must swiftly step up and do right by its customers if it wants to avoid court action.”

Most of the City action this morning has centred on the M&A arena, points out AJ Bell financial analyst Danni Hewson, as bidders seek undervalued UK assets.

Tobacco giant Philip Morris launched a hostile takeover bid of more than £1 billion for inhaler specialist Vectura, a US private equity firm planted the seeds for a bidding war on supermarket Morrisons with a request for extra time to make an offer and a German rival took a stake in takeaways platform Deliveroo.

Economic optimism in the eurozone has dropped to a three-month low, as investors fret about economist prospects and the risk of new lockdowns.

Research group Sentix has reported that its index of eurozone investor morale fell to 22.2 this month, sharply down on July’s 29.8 and the lowest since May.

Although investors’ view of the current situation was the brightest since October 2018, the future expectations sub-index fell for the third month running, to its lowest since May 2020.

The global economy is running at full speed, but momentum is weakening. The slowdown in the Asia ex Japan region is also contributing to this. In the Eurozone, the recovery of the current economic situation continues.

Fears are growing that new lockdowns could loom from autumn onwards with rising infection figures and could once again weigh on the economy.

It also noted the concerns about the possibility of the Company being owned by PMI [cancer charities had blasted the idea of Vectura, whose products treat lung disease, being owned by a cigarette maker].

But with PMI now offering 165p per share, Vectura’s board says it will withdraw its intention to recommend the Carlyle Offer. But, it’s not saying whether it plans to recommend the PMI Offer either.

That’s because the Takeover Panel, which regulates such battles, has announced that an auction process lasting up to five days will begin, if Carlyle and Philip Morris do not make final bids by 5pm tomorrow (Tuesday).

That would give both suiters up to five days of public bidding, from Wednesday, to settle the ownership of Vectura.

Shares in Vectura have now pushed higher, up over 5% at 173p, as the City anticipates further bids.

In a statement this morning, Vectura explains:

As there remain two competing bidders for Vectura, in accordance with the City Code on Takeovers and Mergers, the Takeover Panel has today announced rules to govern the basis on which any further offers for Vectura are made after 5.00 pm on 10 August 2021 (the “Auction Rules”).

Financial services platform Hargreaves Lansdown is leading the fallers, down 10%, after attracting a record number of new customers in the last year, which pushed up its costs.

The pandemic has accelerated two trends that were already evident to us: a permanent shift to digital; and a change in the demographic mix. Demand for our digital services has soared with 393 million digital visits and 98% of trades being done online.

In FY21, 83% of our new clients were under 55, as we saw younger clients showing an interest investing and saving, prioritising financial resilience as they benefit from the transition of wealth from older generations.

But this boom is also pushing up Hargreaves Lansdown’s costs; underlying earnings were weaker than expected, as it services “an enlarged and growing client base”.

Operating costs increased by 24% to £266m, as the company took on more staff in order to deal with higher client numbers and activity levels, plus various activity based costs.

Average staff numbers increased by 11% from 1,599 in 2020 to 1,776 in 2021 with the key increases being within the service functions of the Helpdesk and in Operations, driven by the need to support our increased levels of client activity and contact whilst working in a COVID-19 configuration.

On the economic front, German exports have picked up despite the supply chain problems weighing on manufacturers.

German exports jumped 1.3% in June, data this morning shows, the 14th monthly rise in a row, even though factories are facing shortages of components such as computer chips.

That takes exports above their pre-crisis levels, and 23.6% higher than the same month a year earlier when pandemic lockdowns were in force.

Today’s strong data illustrates that supply chain frictions have not yet affected German exports. However, looking ahead, this could still change.

While order books are still richly filled, supply chain frictions, particularly the lack of microchips, could lead to more delivery problems in key sectors like the automotive industry and therefore to some distortions of export data in the coming months.

The Serious Fraud Office (SFO) has launched an investigation into entrepreneur Gavin Woodhouse, whose business dealings were revealed by an undercover investigation by the Guardian and ITV News.

The UK’s anti-corruption agency said it was investigating “suspected fraud and money laundering in relation to … Woodhouse and individuals and companies associated with him”.

“The conduct currently under investigation by the SFO relates to investments offered in care homes and hotels between 2013 and 2019.”

The Guardian and ITV News revealed in June 2019 that many of the projects were incomplete, several years after they were due to be operational, while the businessman’s firms had a multimillion-pound black hole.

At the time, several investors, who in some cases had paid hundreds of thousands of pounds into Woodhouse projects, said they had not received the annual dividends they had been promised.

The bidding war for Morrisons took another twist this morning when one of its suitors, the US private equity group Clayton, Dubilier & Rice, was given more time to consider a rival offer.

The UK’s Takeover Panel, which regulates takeover activity, said it had given CD&R until 5pm on 20 August to announce a firm intention to make an offer for Morrisons or walk away, known as a “put up or shut up” deadline, an extension of the previous deadline of 5pm today….

Shares in online delivery firm Deliveroo have surged by 10% in early trading, after it reported that Germany’s Delivery Hero has taken a 5.09% stake.

The news of Delivery Hero’s stake-building has pushed Deliveroo as high as 360p, their highest level since floating on the London stock market this spring.

Deliveroo floated at 390p at the end of March, and promptly plunged by a quarter, in one of the worst opening-day performances for an IPO for some time.

It is hard to say with conviction at this point what Delivery Hero’s intention is with respect to its 5% holding in Deliveroo. Each company hosts a trading update in the coming days that will shed more light.

Delivery Hero are another of a string of online food delivery platforms whose businesses have boomed in the pandemic — although the easing of lockdown restrictions may hit the sector in future.

Founded in 2011, Delivery Hero operates in about 50 countries worldwide, with particular strength in Asia, where it owns the foodpanda brand.

It does not operate in Britain – Deliveroo’s largest market – after selling its Hungryhouse business to Just Eat in 2016.

However, after later consolidation in Germany, it does own a 7.4% stake in Just Eat Takeaway.com.

It also owns a 37% stake in Spain’s Glovo, which is considering its own listing in about three years.

Shares in Vectura have risen 2.5% in early trading to 168p, slightly above Philip Morris’s 165p-per-share offer.

They’d closed at 164p on Friday night, above that day’s improved 155p offer from rival bidder Carlyle, which suggested the City had expected the bidding war to continue.

The takeover battle for Vectura, the UK inhaler company, between a private equity company and a cigarette maker has escalated after Philip Morris hiked its offer for the company.

PMI, the owner of Marlboro cigarettes, has lifted its bid for Vectura to just over £1bn, just a couple of days after its previous bid was trumped by Carlyle, the US private equity group.

Carlyle’s bid had been accepted by Vectura’s board… following criticism from medical experts alarmed about the prospect of a major tobacco company owning a firm which makes medicines and devices to help with breathing problems.

PMI insists that it is committed to a long term transformation of its business to go ‘beyond Nicotine’, rather than being focused on “short term gains and efficiency” (a pop at the much-criticised private equity model).

Its plan to run Vectura as an autonomous business unit that will form the backbone of PMI’s inhaled therapeutics business:

PMI intends to increase the total level of expenditure on research and development that it believes will further benefit Vectura’s differentiated technologies and development expertise for the delivery of complex inhaled therapeutics….

PMI believes that its significant expertise in scientific research, regulatory science, manufacturing, supply chain and commercialization globally (with operations in over 180 markets), will safeguard and enhance the development of Vectura and its capabilities in complex inhaled therapeutics.

Philip Morris’s bid is worth 165p per share, beating the 155p per share offer from Carlyle (worth around £958m), which Vectura accepted on Friday afternoon (ditching its support for an earlier offer from PMI).

But doctors, health charities and politicians have all recently sounded the alarm about PMI owning a company whose medicines treat smoking-related diseases.

As we wrote on Friday:

Anti-smoking campaigners and politicians had criticised Vectura for proposing to sell up to a tobacco company. The chief executives of Cancer Research UK, Asthma UK, the British Lung Foundation and Action on Smoking and Health wrote to the business secretary, Kwasi Kwarteng, and the health secretary, Sajid Javid, calling on the government to block the deal.

The takeover of Morrisons rumbles on too, with the Takeover Panel announcing this morning that private equity firm Clayton, Dubilier & Rice has been given until August 20 to bid for the supermarket chain, or walk away.

They had been facing a 5pm deadline today, before rival bidder Fortress lifted its bid on Friday.