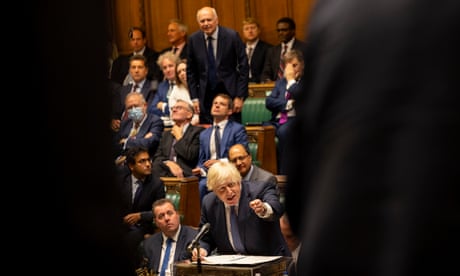 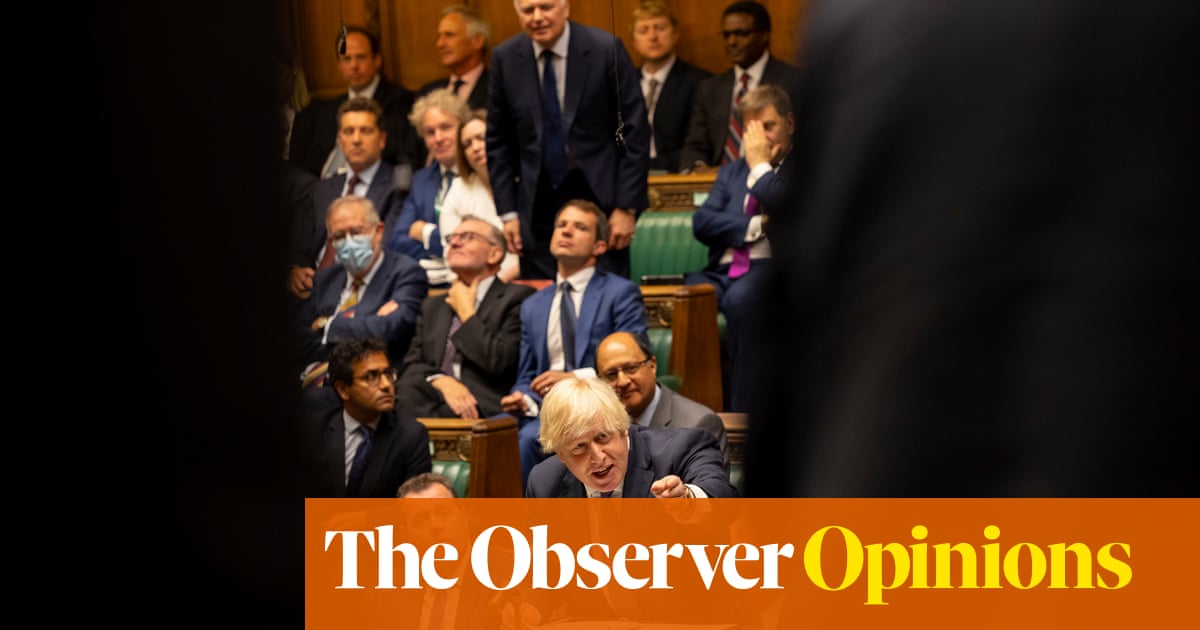 So much for Global Britain. The fiasco and tragedy of the retreat from Afghanistan have laid bare the folly of the Brexiters’ Faustian pact: choose the irresponsible but vote-winning Boris Johnson as your leader; say “goodbye European Union, hello world”; and, oh dear, it turns out not to be the triumph they promised.

The combination of the insanity of Brexit and the Johnson government’s manifest incompetence is now seen to be adding geopolitical impotence to economic self-harm. What an achievement! Global Britain? Whatever you say, President Biden. Three bags full, sir.

I pointed out recently that, so far, the government has been able to hide behind the disruption caused by Covid, in order to distract attention from the mounting evidence of the Brexit folly: we have been experiencing what I call a Brexdemic.

It has been wryly amusing to hear BBC interviewers leaning over backwards not to offend the government: for example, by trying to goad fruit and vegetable farmers into saying their recruitment problems are surely not caused by Brexit. Luckily, whatever their political sympathies, industrialists and executives have been speaking out.

Thus, facing a looming crisis in the supply chain for such a staple part of the British diet as chicken, Richard Griffiths, representing British poulterers, told the BBC that this was the “direct result of Brexit”. There are severe problems in getting visas for European workers, and the supply chain is seriously ruptured by the way this affects the flow, and availability, of heavy goods vehicles.

Undergraduates wishing to embark on what, in pre-Brexit days, would have been a routine year studying in Spain find themselves up against such Brexit-induced bureaucracy that they joke it would be simpler to do their year on Zoom from the UK.

You will recall that, egged on by the ghastly Nigel Farage and co, the Brexit campaign made a meal of stirring up the nastiest atavistic prejudices against immigrants from what was then the rest of the EU – immigrants who played a key role in the functioning of our economy. Well, here is Lord Bilimoria, president of the CBI, warning of “a perfect storm” facing industries such as food and drink, hospitality, logistics and construction because of the impossibility of hiring lower-skilled workers.

As Prof Anand Menon of King’s College London points out, the Brexiters promised it would be “simple”, ignoring – or possibly being culpably ignorant of – “how closely many of our firms depend on integrated supply chains enabled by the single market”.

Although he will no doubt in due course cash in on the absurd international celebrity lecture circuit, it may never – in Robert Browning’s words – be “glad confident morning again” for Johnson as prime minister. He has served his dubious purpose, and his colleagues look as though they have rumbled him. He must surely reflect on Claudius’s lament in Hamlet: “When sorrows come, they come not single spies, but in battalions.”

Not only is Brexit catching up with him, he also now faces a standoff with Chancellor Sunak and the Treasury over public spending on everything from precautions against global heating to the level of pensions.

Not just from the Treasury: from the extreme right wing of MPs, such as Steve Baker, who boast that they were responsible for ensuring that he won the Tory leadership and then the election. I just love the fact that Baker, having made his contribution to making the country poorer with his championship of Brexit, is now campaigning against measures to mitigate the impact of climate change on the grounds that the cost of electric cars and new boilers would involve “making the public poorer”.

It is not good news that, even after the experience of George Osborne’s post-2010 austerity programme, we have another chancellor, Rishi Sunak, who believes in austerity – and is also, God help us, unlike Osborne, a Brexiter.

He believes in a policy of divide and rule. I recently heard him say, with regard to the debate over the level of pensions, that it was a case of setting the wishes of taxpayers against pensioners. Someone at the Treasury ought to tell him that pensions are taxable.

Sunak is also concerned about the cost of warding off the worst of global heating. He should read Climate Crisis Economics by Stuart PM Mackintosh, executive director of the Group of 30, the esteemed international economic thinktank.

In an echo of Ernest Hemingway’s famous exchange in The Sun Also Rises – “How did you go bankrupt?” “Two ways. Gradually, then suddenly” – Mackintosh concludes, in respect of global heating, that “change happens slowly and then fast”. The evidence is all around us.