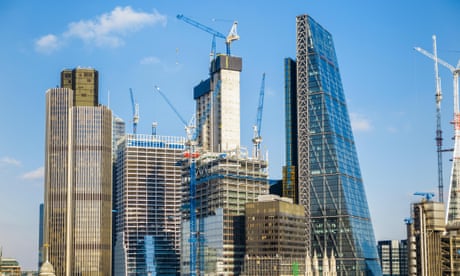 BrewDog swung into the red last year as booming sales of its craft beers online during Covid-19 pandemic lockdowns failed to offset the impact of bar closures.

BrewDog’s co-founder James Watt called the revenue increase during the year “the most significant achievement in our short history” for the firm, founded in 2007, and backed by 130,000 small shareholders, with its beer now stocked in bars and supermarkets.

After the pandemic closed hospitality venues around much of the globe, BrewDog switched to selling its beers through its online shop. Thirsty customers pushed its e-commerce revenues up by 900% compared with 2019, as it shipped 750,000 orders in 12 months.

And here’s the story of BrewDog’s journey, including a series of controversial stunts and reports of poor working conditions and a ‘culture of fear’.

Over in Australia, the impact of Covid-19 restrictions is starting to hit the economy.

Retail spending fell in June as lockdowns began to bite across Australia’s eastern seaboard, pointing to more economic pain ahead as the effects of harsher measures in Sydney flow through, including a temporary shutdown of construction.

Nationally, spending fell by 1.8% in a month that included Melbourne’s fourth lockdown and the first few days of Sydney’s lockdown, when non-essential retail remained open.

Spending across the nation is expected to fall further in the coming months as a result of stricter stay-at-home rules in Sydney, a lockdown in South Australia and the extension of Victoria’s lockdown….

The governor of the Bank of England has pledged to do more to tackle systemic racial inequality after a hard-hitting review found the 327-year-old institution was failing to do enough to promote diversity.

In an article for the Guardian, Andrew Bailey conceded that structural and cultural change was needed in the light of a report by the Bank’s governing court detailing a series of failings and weaknesses in Threadneedle Street’s approach to inclusion.

The review said staff from ethnic minority backgrounds were less likely to be promoted, earned less and were more likely to feel they were being treated unfairly than their white colleagues.

Despite efforts to foster a more diverse and inclusive Bank, the review concluded that there was “still a long way to go” for one of the UK’s most high-profile employers.

We are well aware of just how damaging it can be for organisations to be made up solely of people from similar backgrounds who think in the same way: the dearth of diversity and inclusion in financial services contributed to the unchallenged, dangerous decision-making that helped drive the financial crisis of 2008.

After last year’s horrific murder of George Floyd, I had a series of wide-ranging and, quite frankly, humbling conversations with my minority ethnic colleagues at the Bank. I want to thank all of those who were so open and honest with me about their experiences. It was apparent that, despite the substantial efforts by the organisation over the past decade or so, we were making insufficient progress on diversity and inclusion, particularly in the area of ethnicity. And it is against that backdrop that I – alongside the other governors and court (our governing board) – commissioned a review into ethnic diversity and inclusion, which we have published today.

The review found that, despite our efforts to enhance diversity and inclusion at the Bank, there are still material disparities between the collective lived experiences, career opportunities and outcomes of minority ethnic colleagues and their white counterparts. The aim of the review is to help all of us, including me, get a better understanding of where we are today, and to understand what we need to do to meet our ambition of tomorrow. That ambition is to create a truly diverse and inclusive Bank where all colleagues – irrespective of any personal characteristic – can meet their full potential. It is no exaggeration to say that, as for all organisations, such an ambition is mission-critical.

Nick Leeming, chairman of Jackson-Stops, confirms that June was a blisteringly busy time in the estate agency business:

“Housing transactions continued to soar in June and are reported today as being the highest monthly total since the introduction of the dataset in 2005. This will come as no surprise to our branches who have been completely inundated with buyers searching for a new way of life post-pandemic, fuelled by an eagerness to beat the Government’s extended Stamp Duty deadline at the end of the month.

But, it’s likely to remain “highly active” as people consider how to best split their time between the office and remote working:

“These complex and ongoing changes in lifestyle and working patterns will be a catalyst for demand for some time to come, especially in suburbs and countryside villages and towns within reasonable commuting distance of major business centres.

Our analysis of house prices, growth, train reliability, speed of journey and train crowding revealed seaside towns on the Kent coast provide the best options for buyers considering these factors. Our data indicates Folkstone as the best overall commuter location, whereas Herne Bay and Sandwich rank first and second in terms of desirable towns which allow access to London within 90 minutes.

UK property transactions surged in June, as buyers rushed to complete deals before the stamp duty holiday was curtailed.

New figures from HMRC show there were 213,120 residential transactions last month, the highest since the survey began in 2005.

“Today’s data paints a picture of a breathless stampede to the finishing line as frantic buyers battled to get their deals inked before the Stamp Duty holiday began to taper.

“We’ve become accustomed in recent months to seeing records smashed, but spikes like this are still jaw-dropping nonetheless. It is quite possible we will never witness anything like this again in our lifetime.

“As the Stamp Duty holiday is phased out in the coming months, we can expect the year-on-year growth to become less pronounced.

“But the demand for larger, quality homes, particularly in commuter towns around the Home Counties, remains strong and any nosedive in transactions is probably still a long way off.”

The stamp duty holiday in England and Northern Ireland ‘tapered’ at the end of June, falling from £500,000 to £250,000, while it ended in Wales — meaning people were keen to complete deals that month.

‘The tapering down of the temporary reduction in stamp duty began at the end of June, meaning this was a ‘bumper month’. Investors, homeowners, solicitors and banks pushed hard to get transactions done in time for buyers to capitalise on the summer discount to an otherwise costly transaction tax.

‘Medium term, the boom in housing transactions has in many ways resulted from Covid and and policies around it, designed to protect consumer and investor confidence, rather than happening despite the pandemic.

Specifically, housing transactions were boosted on by the temporary stamp duty reduction designed to fuel the housing market amidst the pandemic, lockdown-led upsizing and a flight to safer assets alongside long-term low interest rates.

‘The boom in demand shown by the transactions data over the last year, in particular in June 2021, set against limited supply, has created house price growth.

Royal Mail are missing out on today’s rally, after reporting a drop in parcel deliveries as the economy emerged from lockdown.

Shares in Royal Mail are down 2.5%, the top FTSE 100 faller, after it reported that domestic parcel volumes fell by 7% year-on-year in the April-June quarter, a time when the reopening of shops encouraged people back to the high street, rather than shopping online.

We are starting to see evidence that the domestic parcel market is re-basing to a higher level than pre-pandemic, as consumers continue to shop online.

Next has hiked its profit guidance for the third time in four months after shoppers flocked back to stores after reopening, as it profited from pent-up demand for clothing.

The clothing and homeware retailer’s full-price sales soared by almost 19% during the 11 weeks to 17 July, compared with the same period in 2019.

As a result, the firm is now going to repay £29m in business rates relief it received from the government during the period this year where its shops were open but not paying rates.

Shares in the retail bellwether climbed by as much as 10% on the news in early trading.

Here’s the rest of the story:

Shops in Northern Ireland will have gaps on the shelves when the grace period in the Brexit protocol ends, the chair of Marks & Spencer has warned.

Ahead of a government statement on the issue, Archie Norman said the retailer was already planning not to supply some Christmas products to Northern Ireland because of the risk that fresh food will be impeded under forthcoming arrangements.

He said: “This Christmas, I can tell you already, we’re having to make decisions to delist product for Northern Ireland because it’s simply not worth the risk of trying to get it through.

All the main European indices are higher too:

Stock markets are rebounding strongly now, as investors shake off some of their worries that the pandemic will hit the global recovery.

Next (+9.6%) is still leading the charge, after its blowout sales numbers this morning.

An uptick in US ten-year Treasury yields suggests some easing of concerns over the economic impact from recent virus resurgences, although it remains a key risk to watch.

Some optimism may arise among investors as further spreads of virus cases support the Fed’s accommodative policy stance to last for longer and ease previous concerns on policy tightening, ahead of the Fed meeting next week. While the financial sector is gaining traction from the rise in yields, the industrials sector may be drawing strength from updates over the US infrastructure spending bill negotiations.

Ahead, investors may be looking towards earnings releases to keep up with the market momentum, with several big tech companies set to release their earnings next week.

Current expectations are for annual S&P500 earnings growth of 72.9% for 2Q, a significant revision from the 54% growth at the beginning of the quarter.

Rishi Sunak is poised to usher in cuts to public services of up to £17bn compared with the government’s pre-pandemic plans unless he takes action this summer to increase funding, a leading thinktank has warned.

The Institute for Fiscal Studies said the government was on track to spend between £14bn and £17bn less each year on a range of public services from April 2022 than had been earmarked prior to Covid-19.

As the chancellor prepares to allocate funding for government departments against a backdrop of rising Covid-19 infections, the leading tax and spending thinktank warned that there were growing demands on the public finances that needed to be tackled head on [as flagged in their tweets earlier].

It comes after Sunak was forced to push back the formal launch of the Treasury’s spending review as part of the continuing fallout from his and the prime minister’s requirement to self-isolate.