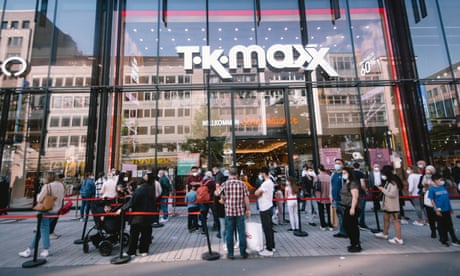 Eurozone final headline inflation was confirmed at 1.9% y/y in June, unchanged from the flash estimate. Vigorous rises in energy prices continued to contribute the most to the increase in the headline figure, adding 1.7 points. Indeed, energy prices were in line with the recent strong trend and posted a 12.6% y/y surge. We see base effects of recovering oil prices continuing to feed into headline inflation, and we expect some further gains in energy prices this quarter before they begin to normalise.

Core inflation was confirmed at 0.9% y/y in June, decreasing from 1.0% y/y in May. Interestingly, hospitality sector prices such as those of bars and restaurants recorded major gains over the month, indicating that businesses have been adjusting their prices in parallel to re-openings. Underlying price pressures may start picking up from recent subdued levels if this trend continues in the coming months.

In line with the ECB’s stance at its last policy meeting, we believe the recent inflation surge to be a temporary phenomenon and not the beginning of an inflation regime shift.

European stock markets are pretty steady while US Treasury yields are hovering near five-month lows ahead of US retail sales figures for June, out in an hour’s time. The yield, or interest rate, on the 10-year US Treasury is at 1.324%, still near the five-month low of 1.25 touched last week.

This week, the Federal Reserve chair Jerome Powell reiterated that rising inflation is likely to be temporary and that the American central bank would continue to support the economy. However, US Treasury Secretary Janet Yellen said inflation risks need to be watched “very, very carefully” after data on Wednesday showed the biggest jump in consumer prices in 13 years. The annual rate rose to 5.4% in June, the highest since August 2008.

Oil markets are on course for their biggest weekly drop since at least May, with traders betting that supply from Opec producers could rise to keep pace with rising demand, as economies around the world recover from the pandemic. However, the rapid spread of the Delta variant, particularly in Africa and parts of Asia, is worrying investors.

The spread of the more infectious Delta variant is the key emerging threat for the time being, with Covid-19 cases on the rise again at the global level and in most of the G-7 economies.

As exports jumped, Spain recorded a trade surplus of €140m in May, up 12.6% from a year earlier, according to customs trade data released by the Spanish ministry for trade and tourism.

For those who can hablar español…

Italy’s trade surplus rose slightly to €5.64bn in May from €5.62bn a year earlier, the country’s statistics office Istat reported this morning. Exports climbed nearly 42% year-on-yer to €43.6bn. Sales to other EU countries increased 40% and shipments to non-EU countries jumped 44%.

In the first five months of this year, exports were mainly boosted by sales of machinery and equipment, metals and metal products, motor vehicles and electrical appliances.

Inflation in the eurozone slowed in June after a pick-up earlier in the year, Eurostat confirmed today, while the bloc’s trade surplus declined in May due to a fall in exports.

Consumer prices in the 19-nation single-currency bloc rose 1.9% in June year-on-year, slightly less than May’s annual rate of 2%, confirming an initial estimate released by the EU’s statistics office. Elsewhere, inflation has accelerated considerably, for example in the US where the annual rate hit 5.4% in June, a 13-year high.

Core inflation in the eurozone, which excludes volatile unprocessed food and energy, was stable at 0.9% in June. A narrower measure, which also strips out alcohol and tobacco prices, was also confirmed at 0.9%%, slightly lower than May’s 1%.

The European Central Bank expects inflation to go up later in the year, but is prepared to see through this as it would be mainly due to one-off factors as the global economy rebounds from the worst stages of the Covid-19 pandemic a year ago. So policymakers are expected to keep borrowing costs ua-low for years to come.

In a separate data release, Eurostat said the eurozone’s trade balance in goods with the rest of the world recorded a surplus of €7.5bn in May, down from April’s €10.9bn.

The energy companies have submitted multiple plans for a string of large floating offshore windfarms to Crown Estate Scotland as part of the property manager’s latest leasing round for access to the coastline.

The cost of a litre of petrol has risen by almost 20p since November to hit its highest level since 2013, according to research by motoring group the AA, writes our Money editor Hilary Osborne.

The organisation said the average pump price in the UK was now above 133p a litre, up from 114p in the autumn. Diesel has undergone a similar price rise, the figures show, with the cost of a litre rising from 117.20p in the middle of November to 135.74p on Sunday.

Independent high street businesses could face a “tsunami of closures” after their debt climbed to almost five times the level it was before the Covid-19 pandemic, as shops, hairdressers, bars and restaurants battle to survive, writes our retail correspondent Sarah Butler.

About 150,000 small businesses have racked up £2.3bn in debt, up from £500m before the pandemic, based on government-backed loans and not including rent debt, according to a report from Bill Grimsey, the former boss of Wickes and Iceland, who has backed a series of investigations into the state of the high street.

Here are our other main stories this morning.

The Bank of England risks becoming addicted to creating money and needs to come clean about how it plans to unwind its £895bn bond-buying programme, the House of Lords has warned, writes our economics editor Larry Elliott.

A report from a Lords committee – the members of which include the former Threadneedle Street governor Mervyn King – said there was a threat of quantitative easing (QE) leading to higher inflation and causing damage to the government’s finances.

Alfresco dining and drinking could become a permanent fixture in England after the government said it would extend “pavement licences” to aid the recovery of pubs, bars and restaurants hit by the pandemic, writes Rob Davies.

The plan is part of a hospitality strategy, announced today, aimed at a sector that has lost 10,000 premises, forgone £87bn in sales and shed more than 350,000 jobs across the UK since the onset of the coronavirus crisis.

Burberry is very confident that its chief designer Riccardo Tisci will stay, according to its chief financial officer, Julie Brown. Chief executive Marco Gobbetti’s looming departure has raised fears that Tisci could follow him out the door.

remains very excited by the opportunity to continue to inspire our customers with his imprint on Burberry’s identity, reinforced by the response to his latest collection.

The luxury fashion retailer Burberry has reported a rebound in sales to pre-pandemic levels driven by a boom in younger shoppers, with products including leather goods, jackets and shoes proving particularly popular, reports my colleague Mark Sweney.

Burberry, which operates 454 stores, concessions and franchises globally, said it had made an “excellent start to the year”, and the recovery had allowed it to stop the discount price strategy employed in stores and online globally during the coronavirus crisis to try to drive sales.

Here is our full story on Burberry:

GSK has unveiled ambitious plans in Stevenage where it wants to turn its 92-acre research & development site into one of Europe’s largest clusters for biotechnology start-ups and other early-stage life sciences companies, creating up to 5,000 new jobs.

Britain’s second-biggest drugmaker is looking to sell 33 acres of land and attract up to £400m investment from a developer to build out the campus, over the next five to 10 years.

GSK’s Stevenage site is one of its two global R&D hubs, and is already home to the UK’s largest cell and gene therapy cluster, the third largest globally. If successful, the new campus could attract several world-class research organisations to Stevenage.

The new campus would sit next to GSK’s existing research centre at Stevenage and the company hopes that work on a master plan could begin next year.

The past 18 months has shown the UK life sciences sector at its best and the UK has recently unveiled an ambitious 10-year vision for the UK life sciences sector. Our goal is for Stevenage to emerge as a top destination for medical and scientific research by the end of the decade. We are excited to find a development partner to realise our vision to foster the next generation of world-class scientists and biotechnology firms in Britain.

EU car sales rose 10% in June, and were up 25% in the first half compared with the same period in 2020, according to the European Automobile Manufacturers’ Association (ACEA). Sales reached almost 5.4m vehicles – still 1.5m units below the pre-Covid volume recorded over the first six months of 2019.

The Bank of Japan has kept monetary policy unchanged but downgraded its growth forecast to 3.8% for the current fiscal year to March 2022, from 4% estimated in April. It stuck to its view that the world’s third-biggest economy is headed for a moderate recovery, and raised its growth forecast for next year to 2.7% from 2.4%.

The BOJ also revised its consumer inflation forecast higher, to 0.6% from 0.1% this year, on the back of rises in energy costs and commodities prices.

Today, nickel prices climbed to a near-five-month high, tracking gains in stainless steel. Nickel is used in electric vehicle batteries, and to make stainless steel. Three-month nickel on the London Metal Exchange rose as much as 2.3% to $19,205.

The BOJ said in its quarterly report:

Japan’s economy is likely to improve… as the pandemic’s impact gradually subsides due to progress in vaccinations.

But the outlook is highly uncertain as domestic and overseas economies could be swayed by developments regarding the pandemic.

A resurgence in Covid infections forced the Japanese government to impose a new state of emergency in Tokyo, a week before the Olympic Games, dashing any hopes of a strong rebound in economic growth this quarter.

Burberry, the British fashion brand known for its trenchcoats and check scarves, has reported stronger-than-expected sales, with younger shoppers snapping up its jackets, leather handbags and shoes. Comparable sales surged 90% to £479m in the 13 weeks to end June from a year earlier, when shops were closed, and were up 1% compared with 2019 levels.

Within this, full-price sales growth picked up to 26%, as the company abandoned markdowns. Burberry recently opened its first flagship with its new global design concept in Sloane Street in London, with three more flagships to follow over the next year.

Marc Gobbetti, the chief executive who is leaving by the end of the year to return to Italy, said:

We saw strong growth across our strategic categories, in particular leather goods and outerwear, and exited markdowns in digital and mainline stores. We continued to roll out our new store concept that will transform how customers experience our brand and product in a uniquely British luxury setting.

Asian stock markets were mixed after a tough day on the markets in Europe and Wall Street yesterday. Japan’s Nikkei lost nearly 1% while Hong Kong’s Hang Seng rose almost 0.3% and the Australian market was flat. Europe is expected to open slightly higher this morning.