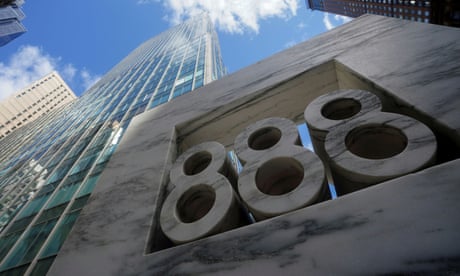 With Germany’s DAX at a new all-time high, investors do seem to be looking beyond the short-term risks from Covid-19.

Following on from a record close on the Dow, equities across Europe are pushing higher, boosted by the prospect of a strong economic recovery in the US. The mood in the market is upbeat, surprisingly so given the third wave of covid which is sweeping across the old continent.

Eurozone economic sentiment and French consumer confidence both came in significantly ahead of expectations, with the latter hitting its highest level since December.

Eurozone economic sentiment recorded 101 in March, up from 93.4 in February and ahead of the 96 expected.

The data, in line with the rising equities, point to market participants looking past the near term covid headwinds, instead, focusing on the prospect of the economies reopening. The market is in glass half full mode with regards to covid. Even as cases continue to rise in the region and prospects of more curbs are on the table, market sentiment is buoyant, evident by the Dax hitting a fresh all-time high.

The fallout from the Archegos margin call appears to be contained, with banks across Europe once again on the rise after experiencing steep declines in the previous session.

One for the historians….

Gold is falling further, hit by the move into riskier assets and a strengthening US dollar today.

After a positive start, shares in Credit Suisse have fallen into the red.

Reuters points out that Credit Suisse is in the firing line, after warning of losses from Archgos yesterday.

Pressure was mounting on Credit Suisse on Tuesday over losses linked to the downfall of Archegos Capital, with analysts warning its dividend and share buyback plans may need to go on hold and investors advised to vote against management pay.

Losses at Archegos, a family office run by former Tiger Asia manager Bill Hwang, sparked a sell-off in bank stocks on Monday as investors feared they would be forced to take big write-downs after extending billions of dollars in leverage to the fund.

Global lenders may lose more than $6 billion on Archegos, sources familiar with trades involving the U.S. investment firm have said.

Credit Suisse and Japan’s Nomura are set to bear the brunt of this, according to statements from the banks and sources, with one source close to the Swiss lender saying its losses could be as high as $4 billion. The bank has declined to comment on the size of losses.

Time for some lunchtime reading (if that’s matches your timezone!).

Bloomberg have written a nice piece about how Bill Hwang was quietly building one of the world’s greatest fortunes at Archegos, before his family office imploded in the last few days.

And remarkably, few on Wall Street seemed to be aware of exactly what Hwang was doing in Midtown Manhattan, because family offices don’t have to register their activities with the SEC [details here].

Hwang’s most recent ascent can be pieced together from stocks dumped by banks in recent days — ViacomCBS Inc., Discovery Inc. GSX Techedu Inc., Baidu Inc. — all of which had soared this year, sometimes confounding traders who couldn’t fathom why.

One part of Hwang’s portfolio, which has been traded in blocks since Friday by Goldman Sachs Group Inc., Morgan Stanley and Wells Fargo & Co., was worth almost $40 billion last week. Bankers reckon that Archegos’s net capital — essentially Hwang’s wealth — had reached north of $10 billion. And as disposals keep emerging, estimates of his firm’s total positions keep climbing: tens of billions, $50 billion, even more than $100 billion.

It evaporated in mere days.

“I’ve never seen anything like this — how quiet it was, how concentrated, and how fast it disappeared,” said Mike Novogratz, a career macro investor and former partner at Goldman Sachs who’s been trading since 1994. “This has to be one of the single greatest losses of personal wealth in history.”

Here’s the full piece: One of World’s Greatest Hidden Fortunes Is Wiped Out in Days

Here’s the details of the jump in economic confidence in the EU and eurozone:

Britain’s business secretary insisted today that the UK steel industry still has a future, after the collapse of Greensill Capital, a key backer of Liberty Steel.

Concerns for the future of Liberty Steel and its 3,000 UK workers – with a further 10,000 supply chain jobs dependent on it – have grown after the government rejected its parent company’s plea for a £170m rescue loan.

Speaking on BBC Radio 4’s Today programme on Tuesday, Kwasi Kwarteng described Liberty Steel as a “really important national asset” but said it was important to distinguish between the steel business and its parent company, the Gupta Family Group. It is part of the business empire built up by the industrialist Sanjeev Gupta.

“We are custodians of taxpayers’ money, and there were concerns over the very opaque structure of the GFG Group and we feel that if we gave the money, there is no guarantee that that money would stay in the UK and protect British jobs. It’s a multinational enterprise.”

He did not rule out the possibility of the government taking Liberty Steel into public ownership.

“All options are on the table. We think the steel industry has a future in the UK. Only two weeks ago my department published an industrial decarbonisation strategy. We want to see clean steel … of the kind Liberty Steel makes.”

And here’s more on the Liberty Steel situation:

Japan’s Mitsubishi UFJ Securities may also suffer losses from the collapse of Archegos.

The brokerage arm of Mitsubishi UFJ Financial Group has flagged that it faces a potential loss of around $300m at its European subsidiary, related to an unnamed U.S. client.

MUFJ’s brokerage house also says this potential loss, which it is still evaluating, won’t have any material impact on its business capability.

The AFP newswire has more details:

Mitsubishi UFJ Securities Holdings said Tuesday it could face a $300 million loss in its dealings with a US client in what could be the latest deficit caused by last week’s massive stocks sale.

The Japanese brokerage house, a unit of Mitsubishi UFJ Financial Group, said its European subsidiary was involved in “an event” on March 26 that could lead to a financial loss.

Without naming the client, the Tokyo-based firm said the $300 million loss would not affect its businesses, adding: “This estimate is subject to change depending on the unwinding of the transactions and market price fluctuation.”

The announcement came after top global banks Nomura of Japan and Switzerland’s Credit Suisse warned Monday they could face significant losses following reports of their exposure to a US fund that sold billions in stocks last week.

The European Commission reports that economic sentiment and employment expectations are both “sharply improving” this month, in both the EU and the euro area.

For the first time since the outbreak of COVID-19 on the continent, the ESI is back at (in the EU), or slightly above (in the Euro-Area), its long-term average.

Also the Employment Expectations Indicator (EEI) saw a forceful increase (+6.1 points to 98.0 in the EU and +6.8 points to 97.7 in the euro area), bringing the indicator in both regions close to its long-term average.

The survey found that confidence picked up across all major business sectors – industry, services, retail trade, construction – and among consumers, at the fastest pace since last summer.

Amongst the largest EU economies, Germany stood out with the largest monthly improvement of its ESI on record (+7.9) and is currently the only of the ‘big-6’ countries where sentiment returned to above its long-term average.

But still… while manufacturers are relatively upbeat, the measures for consumer, services and retail confidence are still below their long-term averages:

Within the key sectors, industry confidence increased for the fourth month in a row, with lifted by higher production expectations and order books.

Service sector confidence posted the first sharp pick-up since September last year, with managers now much more optimistic about demand expectations. This was ‘rather broad based’, the EC says, from real estate, IT and advertising to accommodation and gastronomy.

Consumer confidence picked up too, with households more upbeat about the general economic situation in their country, and their personal situation.

In Spain, retail sales and inflation have both risen.

Retail spending rose by 4.2% month-on-month in February, suggesting a pick-up in demand, although they were still 5.9% lower than a year ago (just before the pandemic).

Spanish inflation also picked up, with EU-harmonised consumer prices rising by 1.2% year-on-year in March. That’s higher than expected, with prices up 1.9% on a month-on-month basis.

The FTSE 100 index of blue-chip shares is holding its gains this morning, as investors shift out of bonds and into equities.

After around 90 minutes, it’s up around 0.65% at 6779 points, lifted by economic optimism and hopes that the Archegos failure won’t cause systemic problems.

Financial stocks, travel firms, property companies and miners are all giving the index a lift:

US Treasuries care more about inflation than Archegos fallout, and they continue their fall.

US Treasuries gained yesterday morning as news of Archegos blow up hit the market. However, by the end of the day they reversed their losses showing that the market doesn’t expect it to be a systematic event for the financial industry….

More Covid-19 stimulus is coming in April as well as a large infrastructure bill, which can only ignite inflation.

Bosses at Goldman Sachs have been sending sympathy snack boxes to overworked junior London bankers in response to complaints over “inhumane” 100-hour weeks that have affected their physical and mental health.

The one-off hampers, full of fruit and snacks, are understood to have been paid for by managing directors out of their own pockets, since Goldman has not offered any company-wide gifts or additional bonuses after a leaked report revealed concerns about poor working conditions earlier this month.

While some junior bankers said they appreciated the small gift, it pales in comparison with perks announced by rival lenders in the weeks following the Goldman leak.

Jefferies offered 1,124 of its lowest-ranking staff free workout equipment including Peloton bikes worth nearly £2,000, while investment bankers at Credit Suisse are getting a one-time $20,000 bonus for dealing with an “unprecedented” workload during the pandemic.

UK funeral services firm Dignity has urged investors to vote against attempts by its largest shareholder to oust the chairman.

A fund managed by Phoenix Asset Management Partners, which owns 29.9% of Dignity, has asked for a shareholder meeting to vote on a proposal to remove Clive Whiley andreplace him with the chief investment officer and co-founder of Phoenix, Gary Channon.

In the letter to shareholders on Tuesday, Dignity, one of the UK’s biggest undertakers, said Phoenix was acting out of self-interest and accused it of seeking to take executive control of the company without paying a bid premium. More here: