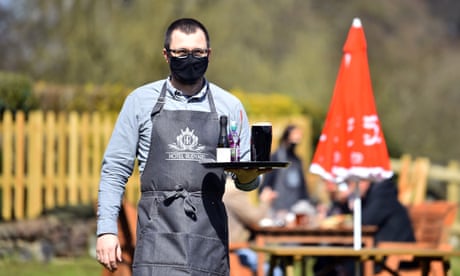 Inflation in Germany has risen again this month.

Germany’s annual consumer price inflation rate jumped to 2.1% (on a harmonised basis) in April, up from 2.0% in March.

That’s further above the European Central Bank’s target of keeping inflation close to but below 2%.

Rising energy costs are one factor, given the recovery in crude oil prices.

Hong Kong is the most expensive city in the world to rent a luxury apartment, followed by New York, Singapore, London and Sydney, according to the estate agent Knight Frank.

Of the eight cities tracked by Knight Frank, Dubai and Madrid offer the most space – 4,800 and 5,000 square feet respectively.

Rents in prime central London and Manhattan both fell 14% in February compared with a year earlier. But the tide is turning; the rate of rental declines is slowing and new lease signings are recovering in both markets with landlords offering large discounts.

“As soon as the passenger numbers return via the main transport hubs, we will see fairly a rapid correction of the recent rent reductions.

“Stock will return to the short-term Airbnb rental market and with a normalisation of office occupancy, the undersupply of prime property will drive rents upwards. We are already seeing this starting to materialise in certain areas for the very best properties and it’s only a matter of time before this feeds through to the wider market.”

Here’s economics editor Larry Elliott on the drop in workers on furlough this month:

Workers are starting to come off furlough as a surge in spending by UK consumers allows businesses to start reopening after their long winter shutdown, according to the latest official snapshot of the economy.

In its weekly digest of the latest indicators of activity, the Office for National Statistics (ONS) reported that the proportion of the workforce on furlough of all businesses dropped from 17% to 13% during April.

The ONS said 83% of businesses were now trading, a rise of six percentage points since late March, when tighter lockdown restrictions were in force.

Reopening of non-essential stores prompted a surge in spending on what the ONS describes as delayable goods – items such as clothing and furniture. Card payments for this category of expenditure rose by 21 percentage points for a second successive week in the seven days ending 21 April and stand at 110% of their pre-pandemic level.

And here’s the full story:

Economic sentiment in the eurozone went through the roof this month, says Peter Vanden Houte of ING.

The European Commission’s economic sentiment indicator soared in April, with the services sector now also in expansion mode. We can now declare the Covid-19 recession over. Inflation expectations also continue to increase.

Vanden Houte also confirms that today’s data is much stronger than expected, with gains across the board:

The European Commission’s economic sentiment indicator surged to 110.3 points in April from 100.9 in March, dwarfing the consensus forecast of 102.2.

In another boost, economic optimism across Europe has surged to its highest levels in over two years, amid hopes that the economy will recover from the pandemic.

The EC’s latest Economic Sentiment Indicator (ESI) jumped sharply this month, lifted by hopes of an economic recovery among both consumers and businesses.

This is “markedly above its long-term average and pre-pandemic level for the first time since the outbreak of COVID-19 on the continent”, says the EC.

As this chart shows, it’s the highest reading since 2018, as confidence rebounds from its slump during the first lockdown.

Industry confidence increased for the fifth month in a row to a new all-time high, with companies more upbeat about production expectations, their order books, and their stocks of finished products.

Consumer confidence also rose sharply this month, rising over its long-term average for the first time since March last year.

Households’ expectations improved both in respect of the general economic situation in their country and their personal sphere, as measured by their future financial situation and their intentions to make major purchases.

Consumers’ views on their past financial situation, by contrast, showed no signs of a recovery from the COVID-19 induced slide, improving only marginally on the month.

The number of UK workers on furlough has fallen, in a sign that the economy is picking up as the lockdown eases.

New figures from the Office for National Statistics show that the proportion of the workforce of all UK businesses on furlough fell to 13% in the two weeks to April 18th, down from 17% in the previous fortnight.

This fall comes as non-essential shops, pubs, restaurants and leisure sites reopened this month – with restrictions – and as firms prepare for further easing.

In England, the lockdown was eased on Monday April 12, while Wales lifted restrictions on non-essential shops.

The ONS also reports a rise in vacancies being advertised online, to the highest level since the start of the pandemic.

The volume of UK online job adverts was at 103% of its average February 2020 level on 23 April 2021; this is an increase of 4 percentage points from the previous week and the first time it has exceeded its February 2020 average level since 6 March 2020.

The largest week-on-week increases were in “domestic help” and “construction and trades”, though both increases can (the ONS says) be “partially attributed to an increase in adverts from a single company”.

Adverts for jobs in “catering and hospitality” and “wholesale and retail” also rose sharply – another sign that the reopening is feeding through to the jobs market.

“Catering and hospitality” vacancies by 16 percentage points, to 82% of its average February 2020 level, which is the highest proportion since 12 March 2020.

Job opportunities at “Wholesale and retail” rose by 8 percentage points to 88% of its February average 2020.

The ONS also found that more firms have restarted operations this month, or are planning too.

Around 9% of currently trading UK businesses had started trading within the last two weeks after a pause in trading.

Additionally, Bank of England spending data shows that spending on ‘delayable goods’ such as clothing and furnishings surged last week, and is now 10% above its February 2020 average.

Wall Street is also on track to open higher, after Apple and Facebook both beat expectations last night with some really sparkling results.

Both companies underlines the growing dominance of Big Tech, by continuing to grow revenues dramatically in the pandemic, even as focus turns to the recovery.

Shares in Apple are up 2.7% in premarket trading, while Facebook are 7% higher.

The earnings bonanza continued last night with Facebook blasting through expectations, its Q1 revenue rising 48% to $26.2bn, while net income rose to $9.5bn or $3.30c a share. The increases were driven by a 12% increase in ads sold, as well as a 30% increase in average prices per ad. The company said it expects Q2 revenue to be just as good before a slowdown in the second half.

Expectations around an Apple earnings announcement is always high, and last night was no different. A year ago, Apple revenues were $58.3bn for Q2, while this year expectations were for a number of around $77bn, with the new 5G iPhone expected to drive sales.

Neil Wilson of Markets.com says Apple posted ‘another stunning quarter’, beating expectations with soaring sales and a fresh round of share buybacks.

The company raised the dividend by 7% to $0.22 per share and announced a $90 billion in share buybacks. Apple revenues grew more than 50% year-on-year, with total sales of $89.58bn vs around $77bn expected. EPS came in at $1.40 vs $1.00 expected. At all levels we can see Apple outperforming even the most bullish expectations.

The core iPhone business saw sales up 65% to $47.94 billion vs. $41.43 billion estimated. This was stunning – the iPhone remains the golden goose and way in which consumers become part of the Apple ecosystem. Services – a higher margin business that includes things like the Cloud, App Store, Apple Music – grew revenues by 26.7%. Revenues in China rose 87% – albeit this was in comparison to a quarter last year in which China was most affected by the pandemic. Shares rose 2% in the after-hours market. A really exceptional quarter – it’s not a surprise that it exceeded quite a low bar, but noteworthy just by how much.

In the City, strong earnings figures have driven the FTSE 100 index has back over the 7,000 point mark, towards the pandemic high seen earlier in April.

Standard Chartered are the top riser, up 7%, after reporting strong results this morning. Its pre-tax profits jumped 59% to $1.4bn in Q1, up from $886m a year ago (underlying profits rose 18%).

CEO Bill Winters said the bank was benefitting from the economic recovery from the pandemic:

“Our first quarter performance was strong. Economic recovery advanced in many of our markets leading to improved transaction volumes and profitability.

This was particularly the case in our Financial Markets and in Wealth Management, which had its best ever quarter.

Medical device maker Smith & Nephew have jumped 5.7%, after reporting an 11% rise in revenues in the last quarter.

…and Unilever (+3%), up 3% after reporting solid sales this morning.

The owner of brands ranging from Ben & Jerry’s to Marmite reported on Thursday that sales increased by 5.7% in the first quarter compared with 2020 once the effects of currency moves and changes to its collection of brands were stripped out.

Overall turnover fell by 0.9%, but currency moves accounted for a decline of 8%.

Unilever emerged from 2020 mostly unscathed as its vast portfolio of products, which also includes Domestos bleach and Dove soap, allowed it to ride through the turbulence of the coronavirus pandemic. It briefly became the FTSE 100’s most valuable company during 2020.

BT are also in the risers, up 2.7%, on the prospect of selling a stake in BT Sport.

But NatWest are the top faller, down 3.5% this morning despite beating profit forecasts and saying there were ‘reasons for optimism’.

German unemployment rose unexpectedly in April, as the pandemic continued to weigh on its recovery.

The Labour Office said the number of people out of work increased by 9,000 on a seasonally adjusted basis to 2.76 million; economists had expected a 10,000 decline.

The seasonally adjusted unemployment rate was unchanged at 6.0%.

Compared to April last year, the number of unemployed has increased by 127,000. The unemployment rate recorded a year-on-year increase of 0.2 percentage points.

However, April 2020 was already massively affected by the Corona crisis. The consequences of this amount to an increase of around 500,000 unemployed or 1.1 percentage points in the unemployment rate.

The number of employees put on short-time work schemes increased to 3.27 million in February from 2.9 million in January.

This Kurzarbeit programme is designed to limit job losses when a company’s demand falls, and helped to cushion the impact of Covid-19 (as with the UK’s more recent furlough scheme).

Germany recently tightened its restrictions on places with high infections, including curfews, limits on customers in shops, leisure center closures and restrictions on household contacts under a “nationwide emergency brake”.

“The ongoing restrictions in many areas are slowing down the recovery, but are not leading to any new burdens overall.”

New data this morning shows that the number of employed people in Spain fell by 137,500 people in the first quarter of 2021, compared to the previous quarter, as more jobs were lost.

However, that’s not the good news it first appears — more people have simply dropped out of the labour market (so they’re not classed as economically active).

After a year of COVID-19 many have simply stopped looking for work, while hundreds of thousands more are being supported by Spain’s ERTE furlough scheme and are not reflected in the figures.